We must start, as Kenny Natt would probably prefer it, with the defense. 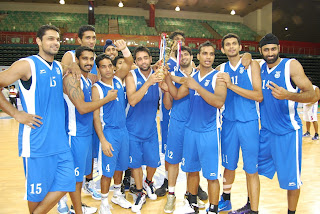 As you may have already heard, the Indian Senior Men's Basketball team had a better than great week at the office, er, court. India hosted four other SAARC teams (Sri Lanka, Bangladesh, Nepal, Bhutan) and competed in the Middle Asia Zone Qualifiers for the 26th FIBA Asia Basketball Championship. The Qualifiers were held at the Thyagraj Stadium in New Delhi from July 13-15th; the FIBA ABC will be held in Wuhan (China) from September 15-25.

Yes, India were supposed to have an easy time against the SAARC rivals, but this easy? Former NBA Head Coach Kenny Natt, who was hired less than two months ago, saw the Young Cagers play in their first competitive international action under him, and the results were glorious. India won the qualifiers and booked their ticket for China, beating Sri Lanka, Bangladesh, and then Sri Lanka again in the Final.

But back to the aforementioned defense. In those three games, India played its most inspired and organised defensive basketball I had ever seen. In the three games, India's hapless opponents made 37 field goals and committed 65 turnovers. India were ruthless, and they were ruthless from the beginning till the end. The turnovers led to quick offense and fast-break points on the other end. 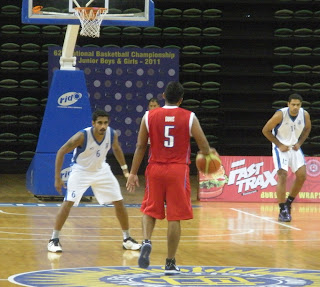 These were your Final scores: