In front of Delhi’s large hoop-loving audience that collected together to watch India’s best under-18-year-old basketball players at the Thyagraj Stadium on Tuesday, the eight-day long 62nd Junior National Basketball Championship for Boys & Girls came to an enthralling end as Tamil Nadu boys and Kerala girls clinched the gold medals. 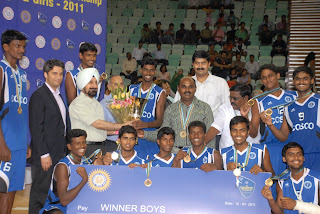 For Kerala, this win stretched their dominance over the younger-level basketball in India: Kerala have now won the last two Junior Championships as well as the last two Youth Championships. For Tamil Nadu, who ended up as runners-up to Punjab in the tournament last year, the gold medal in Delhi on Tuesday was a fitting way to bury the demons of last year’s final loss.

In the boys Final, Tamil Nadu faced another team who matched them in high-flying athleticism – Madhya Pradesh. TN still took the early initiative, starting the game hot and taking a 13-point lead at the end of the first quarter. TN seemed to be on cruise control for most of the game, and before the start of the final quarter, were still leading by 11, 55-44. But it was here that MP put up one last inspired run and chased TN, making it a 4-point game with just seven minutes to go.

But TN regained their composure, made all the clinical plays in the final stretch of the game, and survived to be crowned champions, 77-64. It was TN’s unselfish ball-movement that saw them hoist the winner’s trophy this year. The final belonged to TN’s Sivabalan S, who was able to forget about the disappointment of 2010 to score 34 points and 11 points. Arvind A hadded 18 points for TN. For MP, it was a disappointing finish to a great tournament – their high-scoring dup of Amit Kanarjee and Siddharth Chouhan played well in a losing effort in the final, scoring 21 and 17 points respectively. 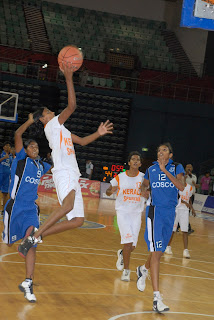 In the earlier Final, Kerala continued their dominance over girls’ basketball in the country by rolling to a comfortable victory over Tamil Nadu. Just two months ago, Poojamol KS scored 40 points in the Final of the Youth Championships in Nagpur to help seal the title for her side. On Tuesday, she again started the game with the fire to give her team the win. After a close first quarter, Kerala began to dominate the second period, turning on their defense, and on the other end, scoring at regular intervals, to secure a massive 18-point lead at the end of the first half.

Tamil Nadu could never recover from this second-quarter debacle: the match was an interesting battle between two talented bigs on each side: Rajapriya Darshini for TN and Jeena PS for Kerala. While Darshini more than held her own (19 points, 9 rebounds), Jeena put up a strong performance too, with 17 points and 17 rebounds, continuing to stake her claim as the best rebounder in the Nationals.

TN failed to make up the deficit in the second half, as Kerala’s Surya PR continued her consistent play all championship to put up 28 points. Poojamol ended with a dominant 25 points to go with 15 rebounds. When the final buzzer sounded, Kerala celebrated, having cruised to a 83-67 victory. 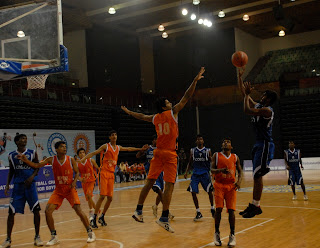 Earlier in the day, Punjab Boys beat Chhattisgarh 78-62 to win the third-place playoff, behind Loveneet Singh (23) and Baljeet Singh (16). For Chhattisgarh, B. Dinesh scored 26 points. In the girls’ third-place playoff, Chhattigarh beat Karnataka to claim the bronze medal in a close game, winning by 78-76. Anjana Ekka (24), A. Kavita (17), and Sagarika (16) were the leading scorers for Chhattisgarh. For Karnataka, Navaneetha scored 27 and Simonelle added 20.

RS Gill, the president of the Basketball Federation of India (BFI), Harish Sharma, the CEO of the BFI, Ajay Sud, the BFI’s Secretary General, and Bobby Sharma, the Senior Vice President, Global Business Development, Basketball for IMG Worldwide, were amongst the various dignitaries present at the Finals. 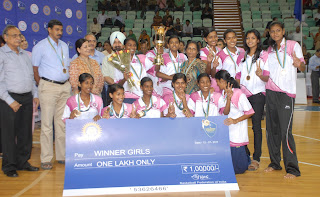