Sanjana Ramesh (17), a talented all-rounder on the court, had been simmering in the Indian basketball circles for the past year. In 2017, she played a small but crucial role as India won Division B of the FIBA U16 Asia Championship, in front of her hometown fans in Bengaluru. Her potential made her one of the recruits for the NBA Academy's first-ever women's camp in Greater Noida this summer. And a few days after this camp, as she participated in the larger Basketball Without Borders event among some of the most gifted young players in Asia, Ramesh exploded to rise above the rest, winning camp MVP and putting the country on notice. 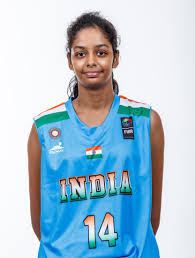 But she took her biggest leap yet this week, when news broke from across the pond that the Northern Arizona University's women's basketball programme - a team in the Big Sky Conference of NCAA's Division 1 in the USA - have handed one of their two scholarships to bring Ramesh to their programme. After signing the National Letter of Intent with the 'Lumberjacks', Ramesh has become only the second Indian-born player ever to receive basketball scholarship for a Division 1 team, after Kavita Akula at the Grand Canyon University.

On Wednesday, head coach Loree Payne announced Sanjana Ramesh and Emily Rodabaugh (Lynnwood, Washington State) as the newest Lumberjacks, after the pair signed their NLI. Both Ramesh and Rodabaugh will be incoming freshmen for the 2019-20 season.

"With only two scholarships, we had to get two impact players and we did," said Payne said. "We got two players who have the potential to impact our program right away. Both fit our style of play, can get up and down the floor and are very versatile. They can play on the perimeter and can play on the inside. We pride ourselves on player development, and there is no ceiling to how great these two players can be." 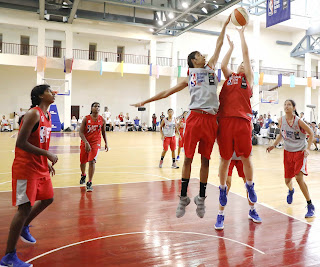 Ramesh, a 6'0" forward, averaged 6.5 points and 7.0 rebounds per game for India's U16 squad at last years U16 FIBA Asia Championship. She made her senior team debut for India at the 2018 William Jones Cup in Chinese Taipei this summer, where she endured an anterior cruciate ligament tear to her knee. She had surgery on the knee in August.

"Sanjana is an athlete who has international and national experience in India," Payne said. "We’re trying to get our foot in the door in the international recruiting scene and for us, Sanjana is everything we’re looking for. She’s a joyful kid and very thankful for the opportunity to come here and she’s going to be a heck of a player. Her potential is limitless."

The Northern Arizona Universiy's main campus at the base of the San Francisco Peaks in Flagstaff, Arizona. Last season was coach Payne's first with NAU. The Lumberjacks finished the season with a 7-23 overall record, and their season came to an end in the first round of the Big Sky Championships to Portland State.
Posted by KARAN MADHOK at 23:05