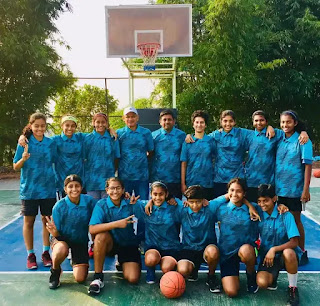 The finals of this year's 5th Sub-Junior National Basketball Championship for Boys and Girls in Kangra (Himachal Pradesh) had the favourites and reigning champions from each division primed to double up their winning streaks. But then, the underdogs struck, and on the marquee matchups of the "Mini" (U14) Nationals on Sunday, November 18, it was Maharashtra (Girls) and Uttar Pradesh (Boys) that emerged as winners.

Maharashtra's girls ended a 14-year wait to defeat reigning champions Tamil Nadu 83-66 to win the U14 Indian basketball crown. Last their semi-final comeback win over Chhattisgarh, Maharashtra bounced back in the final after trailing 16-20 in the first quarter. They dominated the next two periods behind 20 points by their star forward Shomira Bidaye. 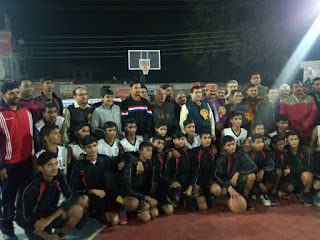 In the boys' final, Uttar Pradesh upset reigning champs Rajasthan to secure the gold, jumping up from a fourth-place finish in their tournament's last iteration in Didwana (Rajasthan) last year.

Organised by the Basketball Federation of India (BFI) and the Himachal Pradesh Basketball Association (HPBA), the tournament was held at the Municipal Ground in Kangra from November 12-18, 2018.
Posted by KARAN MADHOK at 23:13