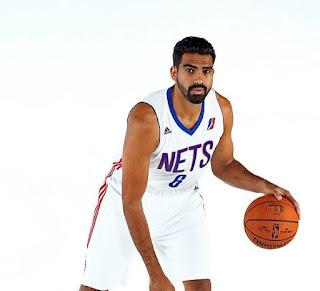 It's Diwali season, and Hoopdarshan has brought the fireworks. In Episode 70 of the podcast, we feature special guest Palpreet Singh Brar, the first Indian to be drafted directly by the NBA G-League, an important member of the Indian national team, and the man embroiled around a controversy that got him suspended from Indian basketball this year. Brar bares his all, giving his side of the story, and providing more details of his incredible journey. Additionally, co-hosts Kaushik Lakshman and Karan Madhok catch up on other news in Indian basketball and the NBA.

Brar is from originally from Punjab's Sri Mukhtar Sahib district, and like many other Punjabi basketball prodigies, got his basketball training under the legendary late Dr. Subramanian of the Ludhiana Basketball Academy. After impressing for India's junior levels and national team, he won the NBA's ACG Jump Challenge in 2016 and went to train for the NBA's G-League. The same year, he became the first Indian to be drafted into the G-League by the Long Island Nets, before he was cut from the team. Brar has since been a regular for India's national team in important FIBA tournaments, played in the now-defunct UBA league, and in 3x3 competitions. Last year, Palpreet was handed a controversial 1-year ban by the Basketball Federation of India.