Indian basketball players rejoice! Season 2 of the UBA Basketball League, is all set to be held between February 18th to April 3rd, 2016. The two phase event featuring professional eight teams representing teams from around the country is to be held at Pune’s Balewadi Stadium and Hyderabad’ Gachibowli Stadium. The league will be telecast live on Ten network channels: Ten Sports, Ten Action, and Ten HD. 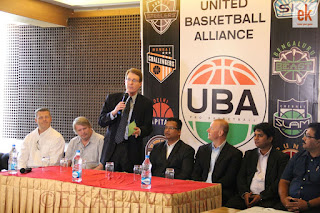 With the objective of promoting basketball among the sports lovers, the United Basketball Alliance India (P) Ltd. (UBA India), has initiated a professional league that provides the young and experienced players, a platform to express themselves on the court. The league comprises of eight professional teams from different cities of India, which compete over the course of two months emerge as the Champions of the Season 2. The participating teams are: Pune Peshwas, Hyderabad Sky, Chennai Slam, Punjab Steelers, Bengaluru Beast, Delhi Capitals, Haryana Gold and Mumbai Challengers.

Speaking about the League, Todd Mack, Managing Director of UBA India, said, "Pro Basketball League is the platform, much needed for basketball players in India, who aspire to make it big in the sport. UBA provides these young players, an opportunity to test their skills at a professional level. Additionally, the best players from the League get an opportunity to train outside India, and rub shoulders with some of the big names of the sport, from around the world."

Olympic medallist boxer MC Mary Kom and Bollywood actor Suniel Shetty will grace the opening ceremony on Thursday, 18th February as chief guests at the Balewadi Stadium in Pune. The Basketball Federation of India (BFI) is extending its support to this event, and former international player, Norman Isaac of BFI, will be the Technical Commissioner of the League. UBA has partnered with Emmy Award winning broadcaster Paul Crane who has covered sports at the highest levels in the United States for over three decades, to present the Pro Basketball League 2016. Steve Graham, executive producer of the League, has been involved with six past Olympic Games, international triathlons, auto racing and international volleyball games in his career.

The complete schedule of games in Pune and Hyderabad, including the semi-finals and finals, have been posted on Ekalavayas.com. You should head over to their report to also find a complete breakdown of all the eight participating rosters. The teams have been divided into North and South divisions, and each team will play four games: three against their division opponents and one cross-division match. In preparation for the second season, UBA held selection tryouts at the Jain International Residential School in Bengaluru earlier this week with 195 young players from all over India to form new squads before the league tips off.

Some notes of interest on the various participating teams: 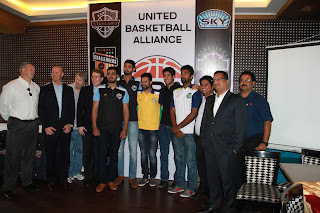 Will Chennai repeat it's crown? The most stacked squad this year seems to be Mumbai, but the Slam have veteran stars who have tasted the success of winning from Season 1 already. Punjab's fortunes will depend heavily on the shoulders of young man Gill, and don't sleep on Haryana causing some havoc with their young talent, too.

Season 2 has returned bigger than ever, and having the games broadcast live on Ten Sports etc. will be a major step in ensuring that basketball action gets more attention from casual mainstream fans. Hopefully, the league can feature exciting moments to showcase India's ever-deepening pool of basketball talent. Several of the top international level Indian players have still not signed up for this league, but as it gets bigger, I'm sure that they will give it some consideration, especially since there is no other full-time professional basketball league option in India.