The Wheelchair Basketball Federation of India (WBFI) is set to hold its 2nd National Wheelchair Basketball Championship in New Delhi from December 2-6 at Indira Gandhi Stadium Complex. The WBFI is organizing the championship in partnership with the Sports Authority of India (SAI), the Government of India and the International Committee of the Red Cross (ICRC). The championship will coincide with the International Day for Persons with Disabilities on December 3. 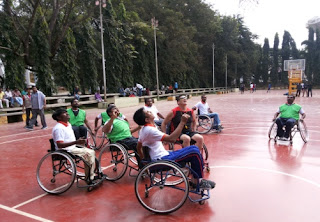 Both Men and Women's teams will participate in the tournament; the men's championship will feature nine state teams, while in the women's section, two teams from mixed states will play against each other. Additionally, an exhibition match for children wheelchair basketball players will be held as well.

The opening ceremony will be held on December 2nd 2015, at 11 am, starting with an exhibition match by children from the Amar Jyoti Charitable Trust. Several dignitaries from the Government, Corporates and NGOs will grace the opening and closing ceremony as well as witness the championship prosper.