22 of India's top women's basketball player - all competing to wear the national colours at the biggest basketball tournament in Asia at the end of the month - came together under one roof for intensive selection trials at the Sri Kantaveera Stadium in Bengaluru on Sunday, August 9. All 22 probables have been training under India's Women's Head Coach Francisco Garcia at the venue since July 20th, and on Sunday, the final selection trials decided the 15-women roster that will head to Wuhan (China) for the 2015 FIBA Asia Championship for Women from August 29 to September 5. 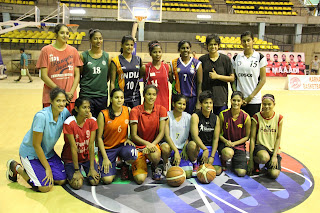 The trials began from 10 AM onwards on Sunday. Members of the Indian media have been invited to the venue to witness the final selection trials, and speak to the selection committee, players, and Coach Garcia.

Garcia, who returned to coach the national team after an absence of a few months, picked almost a full-strength squad for India, including established or rising young stars like Anitha Paul Durai, Shireen Limaye, Jeena PS, Kavita Akula, Poojamol KS, and more. Of course, the absence of India's Arjuna Award winning legendary player Geethu Anna Jose will be felt, but Garcia told me in an interview last month that he hopes that the team will be able to rise to the plate without her. 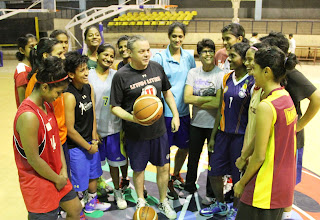 “It is the best 15 in my opinion. We have a good balance for every position.” Coach Garcia said after the final selection. “I didn't have any trouble with respect to coaching these players. I am focused on working with the team. In Bengaluru, there have been fewer administrative deficiencies.”