It took a dramatic buzzer-beating winner in overtime by Dominic Jones to help Doha (Qatar) defeat their Slovenian opponents and seal the winner's trophy at the 2015 FIBA 3x3 Beijing Masters, an international 3x3 basketball tournament held at the Wukesong Hi-Park in Beijing (China) on August 15-16. India also sent two teams to this championship but both of them failed to make it past the tournament's first round. 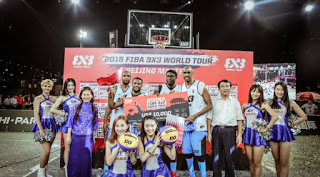 On Sunday, August 16, Doha defeated Ljubljana from Slovenia in a nail-biting finale of the two-day tournament, 22-20, on the back of Jones' buzzer-beating shot.

Earlier on Sunday, Doha defeated UAE's Novi Sad Al Wahda 21-15 to punch in their ticket for the final, while Ljubljana silenced the home crowd with a 21-14 victory over Wukesong (China).

Wukesong's Chris Reaves scored 42 points over the two days to end as the top scorer of the Beijing 3x3 Masters.

India's two 3x3 teams - Chandigarh and Bangalore - were both knocked out of the tournament on its first day, after the group stage. 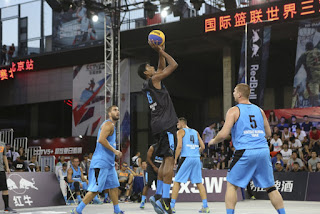 Team Bangalore was the squad which represented India at the 2015 3x3 South Asian Basketball Association (SABA) Qualifiers in Colombo earlier this month. Bangalore's first game was against home team Zheng Zhou of China. Despite keeping up with their opponents most of the game, Bangalore lost the final few points to go down 21-18. They played their next game against UAE's high-ranked squad Novi Sad Al Wahda, who won the game 21-13. Bangalore ended the tournament at ninth place.

Team Chandigarh was the squad which won gold as 'Punjab Warriors' at the 2014 NBA Jam Nationals Finals in Pune last December. They lost their first game to Tokyo (Japan) 21-12 and second one to hosts Wukesong 21-13. Chandigarh ended the tournament at 11th place.

The highest scoring Indian player was Jeevanantham Pandi of Bangalore, who finished with 17 points in his two games.

20-year-old Kushmeet Atwal from Chandigarh shone in the shootout contest by topping the qualification round. In the finals he finished third behind Dusan Domovic Bulut of Novi Sad Al Wahda and Xu Liu of Beijing. The other Indian in the fray, Siddhant Shinde from Team Bangalore failed to make it past the qualification stage. 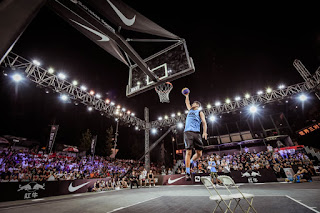 Chandigarh’s Arshdeep Dhillon and Bangalore's Jeevanantham Pandi took part in the dunk contest but neither qualified for the knockout stages. The contest was eventually won by Jordan Kilganon of Canada.