Before the Basketball Federation of India (BFI) divided into two opposing executive committees fighting for power, several state basketball federations around the country were already experience the divide and power struggle on their smaller levels. One of these was the Jammu and Kashmir Basketball Basketball Association (JKBA), whose problems had eventually led India's northernmost state to lose all funding from the Jammu and Kashmir State Sports Council (JKSSC) and see basketball become de-registered as a sport in the state last year.

Some hope for basketball has returned to J&K, however. The BFI held a meeting on July 4th to decide the fate of the state association, and in a letter addressed to them on July 28, granted affiliation to the newly formed committee of the JKBA. The office bearers of the recognized JKBA are: Yuvraj Vikramaditya Singh (President), Vikram Handa (General Secretary), and Ashok Singh (Treasurer). The letter was sent from the office of BFI's Secretary General Chander Mukhi Sharma.

The previous JKBA was de-recognized by the BFI in a letter to former Secretary General Prem Pal Singh on June 22, stating the reasons that Prem Pal had failed to hold elections for the state association. Prem Pal - who was the Deputy CEO of the previous BFI committee - sent various members of the media a message about the validity of the JKBA under his governance several weeks ago, but ultimately, the BFI's decision went against him. 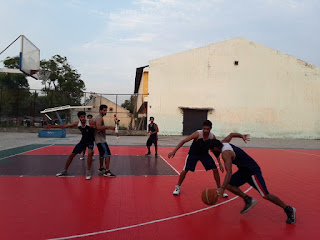 The official recognition of the new JKBA can finally spell a new, positive restart for the sport in J&K. The states top players can now move on from worrying about political issues and infighting and get back to receiving the national-level opportunities that they deserve. Being recognized now will allow players from Jammu and Kashmir to play in BFI-organized national tournaments and receive support from the center.

(Perhaps the new association can start by fixing the spelling of 'Jammu' on their logo?)