Less than a month ago, Akshay Bhosale (24) was one of the top players for Pune's Bharati Vidyapeeth University at the UBA All India Inter University Basketball Tournament in Chennai. In his last major game of basketball, he led his team valiantly with 36 points in a loss to Jain University to see his team finish at 4th place at the national inter-university tournament. But on Wednesday morning, while on a routine warm-up jog, the former young star for Pune, Maharashtra, and a brief international player for India, collapsed and was declared dead by cardiac arrest on arrival at a nearby hospital. 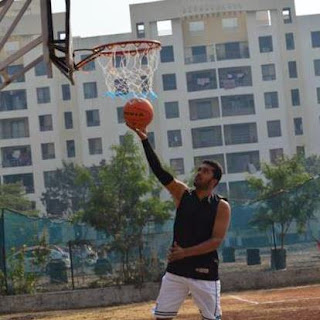 Via the Pune Mirror

Pune lost one of its most promising basketball players after 24-year-old Akshay Bhosale suffered a cardiac arrest on Wednesday morning. The youth reached the BMCC ground half an hour before the usual practice time of 7.45 am and started a warm-up jog but collapsed midway. The six foot two inch-tall forward was practising to make it to the Maharashtra squad which is scheduled to host and play in the Federation Cup in Balewadi next month. The ambulance arrived around 30 minutes after the collapse and Bhosale was rushed to the Joshi Hospital where he was declared dead on arrival.

"I am not sure if he had some preexisting medical condition. He did face some breathing issues between a match a couple of years ago but we all thought it was due to physical exertion. I am not sure if he went through any check-ups for that," informed a team mate.


According to The Times of India, Bhosale had started his basketball career when he was in class V in Modern High School in Pune. He had represented India at the U-19 SGFI held in Vietnam in 2007. He had played ten nationals in various age groups. He would've been part of Maharashtra team at the upcoming Federation Cup National Basketball Championship.

This is terrible, shocking news. Pune, Maharashtra, and India have all lost a promising talent just about to hit his prime years. I wish the best to Bhosale's family, friends, and teammates in this tough time.