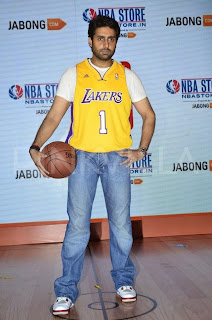 Bollywood superstar Abhishek Bachchan - one of the most recognizable faces of Indian cinema and a known supporter of basketball/NBA in India - has been chosen for the roster of the Celebrity Game at the NBA All-Star Weekend at Madison Square Garden in New York. This year's Celebrity Game will be held on Friday, February 13th (and hopefully broadcast live in India early morning on Saturday) and will feature several American celebrities through Hollywood, the music industry, and sports fame. Bachchan will become the first Indian celebrity to take part in the game in the annual game, which has been held at the NBA All Star Weekend since 2003.

Sure, the Celebrity Game is all fun and games, but for Bachchan - who will not be recognized by 90 percent of the North American population at the All Star Weekend - to be considered among the American celebrities is a big nod from the NBA to its growing Indian audience. Bachchan is a huge star in India and among NRIs worldwide, and his participation is going to surely increase the NBA's visibility in India's pop-culture news/media organizations. 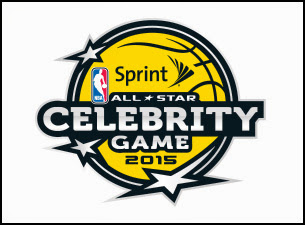 Bachchan is the obvious choice, too, as he as clearly risen above the 'contenders' as India's most famous basketball fan. He has made it clear that he wants to be the first to volunteer to help the growth of basketball in India. Last month, Bachchan was the special guest at the UBA All India Inter-Zonal Basketball Championship in Chennai. He was the brand ambassador for NBA India and Jabong as they launched NBA Store in India last year. He has hung out with NBA's only Indian-owner, Vivek Ranadive (of the Sacramento Kings). He regularly tweets about the common suffering of all NBA fans in India: that of waking up early to watch live games. He is a huge Lakers supporter and shares mutual fandom with Magic Johnson, only one of the greatest players of All Time.

Bachchan is of 'Bollywood's First Family', the son of Bollywood great Amitabh Bachchan and husband of superstar Aishwarya Rai Bachchan. He has acted in several blockbuster films over the past 15 years, including the Dhoom series (which featured his wife and Hrithik Roshan in a very wet scene of pick-up hoops), Bunty Aur Babli, Sarkar, Kabhi Alvida Naa Kehna, Guru, Dostana, Paa, Bol Bachchan, and Happy New Year.

But none of the information above actually tells us how good he is going to be on court, among other, umm, "luminary" players, like Nick Cannon, Michael Rapaport, and Common, not to mention real talents like Allan Houston, Chris Mullin, and the WNBA trio of Diggins, Charles, and Schimmel. I don't have high hopes for Bachchan running a successful pick-and-pop with Kevin Hart, but hopefully he can make a bigger impression off the court. Maybe Spike Lee has a spot for a brown guy in his next movie.

An Indian NBA owner, an Indian-origin player in the D-League, and now, Abhishek Bachchan in the All Star Celebrity Game? These are indeed heady days for Desi Hoops. Now, can we fix our grassroots basketball development back home so some of our lost talents can actually play in a real NBA game one day?