After a four-year absence, the National Games - which are basically inter-state Olympics - have returned this week, organized by the Indian Olympic Association (IOA). The 2015 Nationals Games, the games' 35th iteration since the very first ones were held in 1924, are being held from January 31 to February 14 across seven districts in Kerala. 36 of India's 37 states and union territories (Bihar is the odd one out as they have been banned by the IOA) A total of 33 sports disciplines are being competed for at this year's national games and basketball will return to the fray again in both the senior Men and Women's divisions. 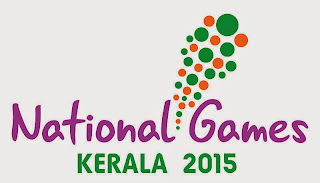 The National Games are being held in the districts of Thiruvanathapuram, Kollam, Alapuzha, Ernakulam, Kozhikode, Trissur, and Kannur and Kerala. The basketball tournament is scheduled from February 9-13 and will be held at the Indoor Stadium in Mundayad (Kannur), the largest indoor stadium in the state.

As reported earlier on Ekalavyas, a total of 16 teams (eight in each Men/Women division) have confirmed participation at the 35th National Games Basketball Tournament. The participating teams are:

Women
The previous national games were held in Jharkhand in 2011, with Punjab (Men) and Tamil Nadu (Women) emerging as basketball champions. The two holders will once again be some of the toughest teams at this year's tournament, but recent success for Uttarakhand (Men) and Chhattisgarh (Women) at the Senior National Basketball Championship will have those two teams confident of the gold medal, too.

The full schedule of the basketball tournament at the Games can be found over at Ekalavyas.com.

The National Games are set to have a new format and in the future, will be held annually in India.
Posted by KARAN MADHOK at 11:51