It took the NBA's previous commissioner David Stern 29 years of holding office before venturing forth to relatively uncharted waters, visiting India for the first time in 2013, just months before passing on the crown to his successor. Fortunately for the NBA's growing fanbase in the country, that successor didn't wait as long before ticking India off his global checklist. Adam Silver - the new NBA Commissioner who took over from Stern earlier this year - is rounding off his first calender year as the top man in office with his first-ever India trip, to the nation's financial capital Mumbai. 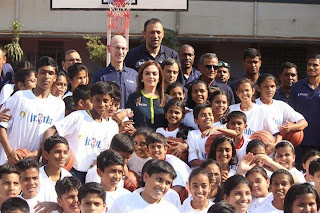 Silver is travelling with a couple of famous friends, too: Sacramento Kings' owner Vivek Ranadive - the Mumbai-born tech mogul who is the first and only Indian owner of an NBA franchise - took it upon himself to be Silver's guide through this hometown. Ranadive obviously has a long-standing personal and professional relationship with his homeland, but this incidentally is also his first time visiting India in a official position after purchasing the majority share of the Kings last summer.

The third major member of the travelling party to India is former NBA and international basketball star Vlade Divac, who enjoyed a long and successful tenure in the league for the Lakers, Hornets, and notably, the Kings. This is the Serbian's first-ever trip to India as well.

In the first official stop of their trip, Silver, Ranadive, and Divac visited the IES School in Dadar, Mumbai on December 2 for a Reliance Foundation Jr. NBA clinic. Nita Ambani - the chairperson of the Reliance Foundation - welcomed the group at the clinic, where they interacted with young fans and got a chance to speak about their vision of basketball's future in India. (all quotes via The Times of India).

"Our goal is to provide children in India with the opportunity to play and enjoy basketball, and I thank the Reliance Foundation for supporting our efforts to grow the game across the country," Silver said at a skills clinic. 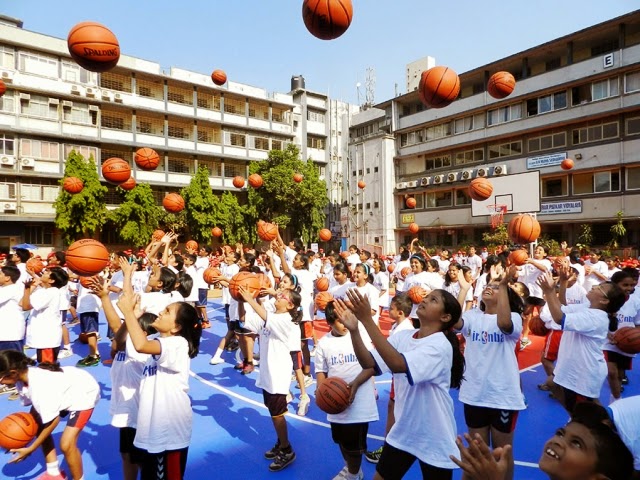 Ranadive added, "The way the Junior NBA program is progressing, the day isn't far when an Indian boy or girl will be playing in the NBA or WNBA."

"Reliance Foundation is committed to developing multiple sports at the grassroots level. We are delighted that the Reliance Foundation Jr. NBA programme got off to an exciting start, by reaching out to hundreds of thousands of children in the very first year itself and providing them opportunities to discover and experience the fun and techniques of basketball," said Ambani.

By prioritizing India early in his tenure as commissioner, hopefully Silver has made his intentions clear that the country's untapped potential can truly be a goldmine to develop an exciting future destination for NBA activities. India has a good model to follow in northern neighbours China, where basketball has become the favourite sport of the billion-plus population and a healthy cycle of grassroots-to-elite players system has been churning out for over a decade. Because basketball is still a fringe sport in India, it would be unrealistic to dream of matching NBA's success in China here - but India is still a big enough country with a lot of young fans ready to jump on the league's bandwagon.

A few months ago, I had interviewed Vivek Ranadive for NBA.com/India on the future of basketball in India and the Kings. Ranadive had spoken about his plans to learn from the China model to apply in India and why he believed that the country can be a special destination for the NBA. Looking ahead to the trip with the NBA Commissioner, he had told me that, "The goal is really to introduce [Silver] to the Indian market, and to show India that we’re very committed to the market. The NBA has embraced my vision of NBA 3.0, which is, really using technology, globalization, and sport as an agent of good to drive the future of basketball." 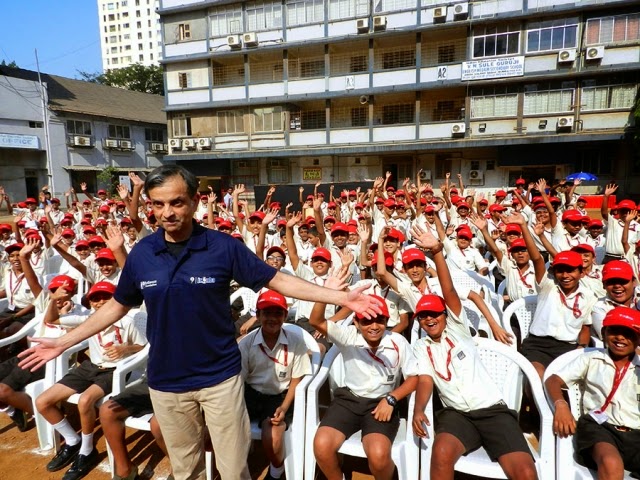 (Ranadive had also said that part of the India contingent would be former superduperstar and Kings part-owner Shaquille O'Neal. Unfortunately for all fans of the Big Aristotle, that hasn't happened - yet).

While Stern's trip to Mumbai last summer was primarily a vehicle to push forward an NBA Cares event, Silver's visit - where his first stop was a basketball clinic - signifies a focus on the development of grassroots basketball in India. If India hopes to take the next major step and one day feature a player at the NBA level, this is where the groundwork will have to be laid. With Ranadive on his side - a man who has clearly focused on India as the next big market for his Kings - this visit can be mutually beneficial to all parties.

Including the most important 'party' of all in this equation: basketball in India!