If you live and breathe basketball, every single day is a cause for celebration, for playing or watching your favourite game and for honing your skills. But to further raise awareness for the growing status of the sport in India, the Basketball Federation of India (BFI) has announced a special day in honour of desi hoops, a birthday for Indian basketball. 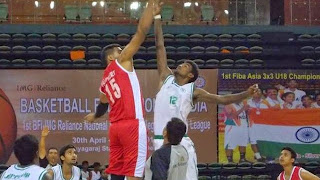 In honour of the late Harish Sharma, the former CEO of the BFI and the visionary leader who helped Indian basketball take several steps forward during his 11-year tenure at the head of the Federation, the BFI has named today - December 28th - as 'Indian Basketball Day'. Sharma was born on this day in 1958 and passed away at the age of 53 in February 2012.

"What basketball is today is because of Harish Sharma," the BFI communicated through their official social media account, "He is and will always be known as the true Godfather of Indian Basketball. Thank you for all that you've done, you've provided the foundation that Indian basketball needed. It is now up to the rest of us to take what you taught us and build the sport to the top." 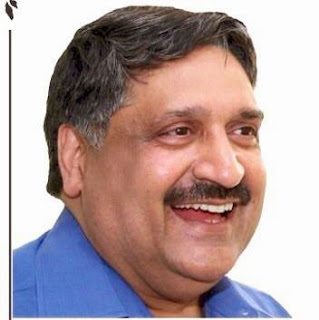 The announcement has come been just days before the commencement of the 65th National Basketball Championship for Men and Women - India's biggest domestic basketball tournament - in Bhilwara (Rajasthan).

So if you love Indian basketball, go out and celebrate the game on its first official birthday. Play hoops, watch hoops, and learn about Indian hoops. My word of selfish advice? Start here on this very blog: read through the articles in the past to learn more about Indian basketball events and players.

Starting this year, I will also share a gift with Indian hoop fans every Indian Basketball Day. This year's gift? Here is the full-length video of India's greatest ever basketball victory, the 'Wonder of Wuhan', an upset over Asian giants China at the 5th FIBA Asia Cup in July. There was no bigger moment for India in 2014!