Sim Bhullar's last official moment with the Sacramento Kings was also his sweetest. After barely getting any action to showcase his skills in the Kings' first few preseason games, Bhullar - the first player of Indian-descent to be sign an NBA contract - was given some burn at the end of Sacramento's exhibition contest against Israeli squad Maccabi Haifa a few days ago. The Kings were already up by 30 points when Bhullar received a pass from Ray McCallum, pivoted in, and dropped an easy finger roll for his first two NBA preseason points. His basket drew the biggest cheer of the night and he was mobbed by many of his Kings' teammates in celebration. Later, Bhullar posted a photograph of his teammates celebrating the basket with him on his Instagram account with the caption 'Blessed'.

Yes indeed, the Canada born Bhullar - a 7-foot-5 son of Punjabi parents - has been quite blessed. His hard work and hustle took him further than any desi ever before: to an (plus-plus-plus-size) official NBA jersey. Bhullar attended training camp with the Kings, took part in the preseason, travelled to China, scored a couple of points, and seemed to have made some good relationships within the team.

Alas, immediately after the game, it was announced that the 21-year-old's NBA dream was going to get a rude awakening. To cut their roster down to an NBA maximum 15 players, Bhullar was among three players waived by the Kings on Sunday night, along with Deonte Burton and David Wear. Bhullar immediately became an unrestricted free agent. 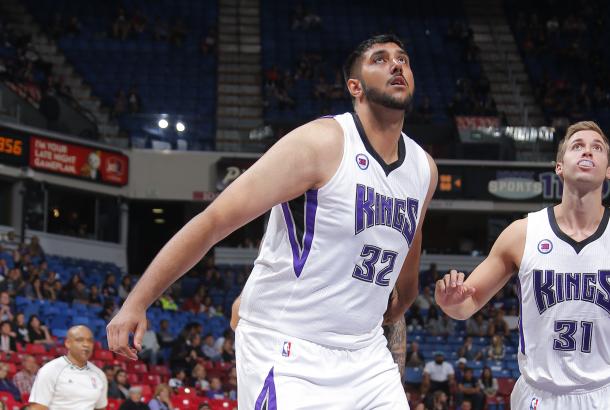 The decision to cut Bhullar wasn't wholly surprising: the undrafted big man was signed by the Kings and given a chance to prove himself as a backup to DeMarcus Cousins. The Kings happened to be owned by Vivek Ranadive, the first and only Indian owner of an NBA team. Ranadive has had great hopes in Bhullar's potential, particularly in the cultural impact the big man could have on new NBA fans in the growing Indian market. Unfortunately, no amount of 'Indianness' was going to make Bhullar a better player. The NBA is the toughest, most competitive basketball league in the world, where only the best of the best survive. Doubters believed that Bhullar was signed more for business reasons than for basketball. Unfortunately, with limited chance to prove himself in the preseason, Bhullar couldn't prove that his skillset was worth counting on. In the end, the Kings made it clear that cutting Bhullar from their final roster was a decision based on basketball, rather than business.

Fortunately, all is not lost for the big man. Sources close to Kings' beat writer James Ham and HoopsHype Canada both claim that Bhullar's career is far from over. The next step, it seems, is the NBA's D-League, and an opportunity with the Kings' affiliate squad Reno Bighorns.

“It’s always been part of the plan. He will join their D-league affiliate in Reno in two weeks," cited the HoopsHype Canada source. "They’ll be making sure he cuts weight and gets in better shape. Sim just needs to focus now and use the D league to develop." 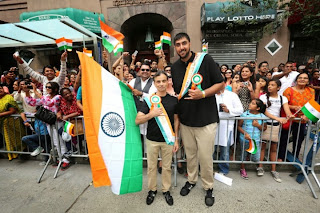 The D-League seems like a more obvious destination for Bhullar for basketball reasons as it will give him a chance to further get into the desired NBA shape and earn more playing time to prove himself. Unfortunately for him, the Bighorns are known to have one of the most fast-paced teams in the D-League, and Bhullar isn't exactly suited for a run-and-gun full-court offense yet. Hopefully, he'll be able to find his fit, prove that he can dominate the D-League level, and earn the NBA call-up back to the Kings when the time is right.

When he was Beijing for the 'China Games' last week with the Kings, Bhullar told me that he can eventually help break a racial barrier and change the perception of Indians in the world of professional athletes. Despite his first cut from the Kings, it seems that he his still on track to doing just that - after all, he could still be the first player of Indian-descent in the D-League as well.

As for the NBA dreams - here's hoping that the sweet finger roll against Maccabi was just the first step and the Indo-Canadian has many more NBA points (and minutes, and rebounds, and blocks) scripted in his future.
Posted by KARAN MADHOK at 12:55