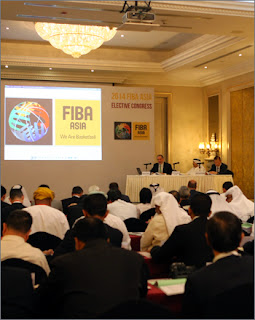 FIBA Asia, the governing body of basketball in the continent, held their annual congress in Doha (Qatar) on Thursday, July 24th, in a meeting of minds featuring representatives from 30 member national federations from across Asia. New leaders were elected for FIBA Asia's Central Board from 2014-2019, including sub-zone representatives. Hosts nations/cities were decided for future FIBA Asia events as well.

The Congress also finalized on the hosts of the events in the 2015 FIBA Asia calendar. There was joy for Indian fans, as FIBA Asia chose Bengaluru (Karnataka) to host next year's 4th FIBA Asia U16 Championship for Boys. 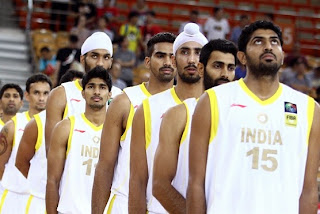 Meanwhile, reacting to FIBA's ban on headgear that ultimately forced India's national team's Sikh players to remove their turbans at the FIBA Asia Cup 10 days ago, the Basketball Federation of India promised to take up the issue to defend its players' rights to follow their customs at the FIBA Asia Congress.

Check out the full list of elected representatives for FIBA Asia at the congress in Doha here.
Posted by KARAN MADHOK at 09:47