Timir Patel Q&A: I want be an example for young Indian basketball players

Timir Patel may only be 25 years old but he's already seen quiet a bit of this world: an American of Indian descent, Patel was born and raised in Houston, Texas, but his parents hail from the city of Anand in Gujarat. The 6 foot 9 inch tall forward/Center has taken his basketball talents from all around the US, and in the way became one of the few people of Indian origin to play Division 1 basketball, the highest level of college basketball, in the US. He has since played hoops in Romania and China as well.

I first read about Patel from an article on Hoops India. I immediately felt that I should follow it up: like I wrote in my article about American-Indian CCAA Player of the Year (or Indian-American?) baller Inderbir Gill a few days ago, people like Patel and Gill are good examples against the dogma that Indians aren't athletic enough for the elite level of hoops - with the right diet, conditioning, competitive environment, and training facilities, anything is possible!

I have corresponded with Patel since and got the opportunity to ask him a few questions. Most recently, Patel was supposed to head to Japan to take part in a showcase basketball event, but the Tsunami/Earthquake/Nuclear crisis forced him to cancel his current plans. He has already experienced great ups and downs in the course of his career and is now figuring out a way to contribute to basketball in India.

So without further ado, here's my Q&A with Timir Patel:

Hoopistani: How did you get into basketball? At what point did you know for sure that basketball will be your life?

Patel: Growing up I was always taller than everybody my age but surprisingly I did not start playing organized basketball until I was 14. Starting at such a late age I was very raw and was still growing into my body. Needless to say I was not very strong or coordinated but I had a good group of coaches and teammates that encouraged me to get better everyday. My high school team at Cinco Ranch was very good and because I was still developing my game I did not get a chance to play varsity basketball until my senior year. I played very well my senior year and was a integral part of a team that finished 25-7 and ranked as one of the top 20 teams in the state of Texas. Also, I was one of three of Division I signees from that team.
I guess you can say it is then that I knew I wanted to play basketball as long as I could. I went from not being looked at by any colleges to getting a few Division I scholarship offers my senior year. It was also then that I knew how much I had improved from when I first started playing basketball but still had a long way to go to reach the potential to be a great player. That hunger is what still drives me to this day to become better every day.

Hoopistani: How was the experience of playing college hoops and the States, particularly at Division 1 (D1) Level?

Patel: The experience of playing D1 basketball was one of the best blessings ever. I am honoured to say that I am one of a handful of Indians to play at the highest level of college basketball. I started off at Prairie View A&M University. For my sophomore year I transferred to junior college, Blinn College, because I did not want to sit out a year at a D1 school per NCAA rules. The only thing was that my coach did not play me at all in the first part of the season. We had one of the most talented teams in the country easily and were not performing up to those standards and it was frustrating not being to help my team out. Finally about 6 games into our conference play I went from playing no minutes to being in the starting lineup. I played well and was able to help the team. 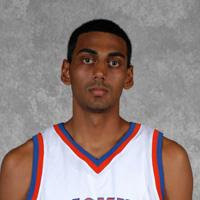 Even though I had not played much that season I still had D1 offers from some schools but after taking my recruiting visits I decided the University of Nebraska Omaha was the best fit for me. Although it was not a D1 school it was high major D2 school with the same atmosphere of D1 school. Initially, I struggled on the court, but started coming along at the end of my junior season.
Because of some family issues, I had to transfer back home to Houston, to the Houston Baptist University (HBU). It just so happened to be that HBU was transitioning to D1 so I was going to have a opportunity to play D1 basketball again my senior year. It was hard leaving Omaha but I went to a better situation being close to home and being a part of the first D1 team at HBU. This was a great honor because it meant being part of something that is going to be big in the future and also putting something back into the city I was born and raised in.
I would have to say coming back and playing in front of my family and being able to help HBU transition to D1 is one of my biggest highlights of my college career. My fondest memory would be all the relationships I made while in college because of basketball.

Hoopistani: You have trained with several current and former professional players during your transition from a college player to a pro. Can you talk a bit about those experiences?

Patel: After I graduated from college I was ready to pursue my pro career and one of my good friends that played overseas was training at a gym with a personal trainer that had many pro athletes as clients. As soon as I went there I saw the difference from college and the pro game, my first day the trainer explained to me that in the pro game its all about minimizing mistakes and being efficient as possible. There was a consistent group of guys that came everyday for pick-up games, including Rashard Lewis, Maurice Taylor, Moochie Norris, Terrence Morris, Ansu Sesay, Gerald Green and many other players who play overseas. All these guys were always mentoring me on how I could improve but the thing that will always stick with me was how hard they worked. They had no egos and were all humble like they didn't ever play in the NBA and brought a work mans attitude everyday.

Hoopistani: Where has your professional career taken you so far?

Patel: It was a tough transition getting a professional deal coming out of college, since I played behind two guys and didn't put up very good numbers in my professional career. I got a tryout with a team in the top league in Romania, called Brasov, but they didn't have enough money to offer me a contract. 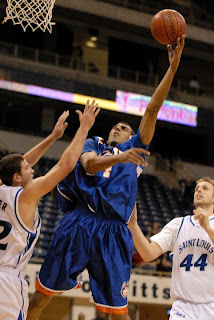 When I got home, I was a little disappointed, but also motivated because I knew I was so close - I just had to get over the hump. In May 2010, I was invited by Coach Cyril White To God Be The Glory (TGBTG) gym to go for a two-game tour against the Bayi Rockets, a top league team of the Chinese Basketball Association (CBA).

Patel: China was a better experience for me than Romania. Chinese players seemed to have a high basketball IQ and were all fundamentally sound. It is no surprise that the CBA is considered one of the top leagues in the world, right next to the NBA and Euroleague.
I attended a draft camp in the second league in China (NBL): I played well, averaging 11ppg and 7 rpg but was not selected. The level of talent in that camp was very high with guys that played in some of the top leagues in Europe and the NBDL.
In terms of the fans I would have to say the games I played in China were some of the best atmospheres I have ever played in. Every arena that we played in was sold out and after some of the games we had to be escorted out by security because fans had run onto the court and wanted to take pictures, etc. With two very good leagues and a great fan interest in the game it is no wonder that China is on its way to becoming one of the basketball powers of the world.

Unfortunately, I got terribly sick while in China: I lost 45 pounds (20.4 kgs) during my illness and was put on a strict diet when trying to recover. When I first got in the gym, I was not even able to run with out almost falling. I could not even touch the rim. But I was hungry to play again and get back to level I was playing at before I got sick. Slowly but surely I was able to regain my weight and with that came all of the skills I had before. I am blessed to say that right now I am stronger, quicker, jumping higher and playing better than I ever have before and also regained all the weight I lost.

In December last year, I was offered a trial by the Foshan Lions team of the CBA (the team which Stephon Marbury plays for). Teams that finished in the bottom five in the CBA can have one asian import along with there two american imports: That is when I tried to get my Indian passport, but it never happened and ultimately that was why the deal fell apart.

Hoopistani: I have read that you now wish to connect the with basketball in India. Could you please talk about some of your future plans?

Patel: As far as promoting the game right now I am just trying to be an example for all young Indian basketball players that have a dream of playing in college and professionally. I know there is not many people that will put India and basketball in the same sentence but know if one person opens the door and lays the foundation then many more can follow.
I would like to play for the national team but unfortunately there is a rule that will not let me play unless I have an Indian passport. I have an Overseas Citizenship with India but that does not pass and since India does not let people have a dual citizenship like most countries my hands are tied.
India has the same potential to become a basketball power like China and they are starting to realize that potential. It is exciting to see the development going on and if I cannot play for the national team I would still like to be a part of this development in any way possible. Hopefully I can sit down and speak with the Basketball Federation of India (BFI) soon about what opportunities they have and how I can help them.
Posted by KARAN MADHOK at 17:19