The thing about NBA fans in India - or international fans from any other part of the world - is that they continue being loyal to their favourite teams and players despite the geographical distance between them and the NBA action that they love. There are fans in Ahmedabad, Bangalore, Delhi, or Pune who have never even placed foot in Los Angeles, Boston, New York, or Miami, but they support these franchises as if these teams played in their own home court! 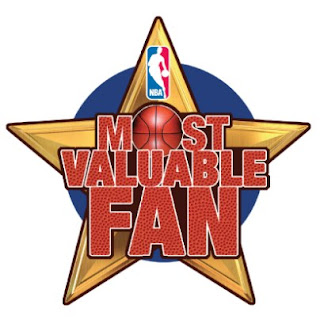 Well, now is the chance for one lucky hardcore NBA fan to finally have his or her wish fulfilled and see NBA action like it is supposed to be seen: live and in person in an NBA arena! For the second year in a row, the NBA is holding India's Most Valuable Fan Contest, a competition to determine the NBA's most knowledgeable fan in India. The reward for your efforts? You'll win the chance to be sent to New York to watch an NBA game in person!


This is how it works: NBA games are being shown live this season on Sony SIX. Starting from this week (we're late here on Hoopistani - it started on Sunday), a trivia question will be asked during a live broadcast of an NBA game on SIX. All you have to do is follow the instructions and answer the question. The premise might seem simple, but the rewards are great!


This is the second year of this contest; last year, the contest was held on Ten Sports (which broadcast most NBA games in India until last season).


So what are you waiting for? Start watching the games and look out for the trivia questions. If you're right (and extremely lucky), watching NBA on TV might actually lead you to watching the NBA in person!