When I was younger, one of my favourite movies was the Michael Jordan/Bugs Bunny starrer Space Jam (Unshameful disclosure: it still is one of my favourites, actually). What I loved almost as much as the movie though was the soundtrack. Chris Rock and Barry White captured it best when speaking about the emotions of a young wannabe basketball star in 'Basketball Jones'.

Aah. How I wish to see the day when hundreds and thousands of young kids in India will grow up with the 'Jones'. When they fall in love with a basketball as much as they love the cricket bat. When they keep dribbling, day and night, so that the by the time they grow up the basketball becomes an extension to their own body.

No position on the basketball court has more of a 'basketball-an-extension-to-the-body' feel than the point guard. The PG spends (or should spent) more time than any other player on the court with the basketball in their hands, and in my opinion, clearly is the most important guy on the court.

Point guards are in fashion, aren't they; well at least, in the NBA world they are. Derrick Rose won the MVP award and made it possible for a point guard, for the smallest man on the court, to be a volume scorer and be in a fantastic winning team. Iverson of course did it first, but he was never strictly a PG; the likes of Eric Snow were deputised to bring the ball up for him and them let him go ballistic. 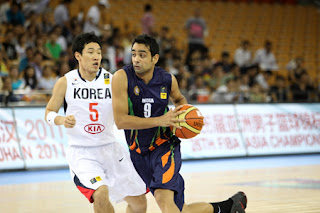 Where am I going with this? Well, a few months ago, the NBA brought over Brandon Jennings to India, another 6 foot tall (or short, by NBA standards) point guard who preached the good word that we didn't need to be tall to be an effective basketball player. It's an easy message to be bought by the Indian hoops loving public, because seven-footers (or six-foot-nines, or six-foot-sixes) are a difficult commodity to find. It was the same in China, of course, a country made popular in basketball by Yao Ming, but in reality, most of their aspiring stars, like ours are much shorter and dream of moulding their game in the Iverson/Rose/Nash/Paul etc blueprint.

So, selling point guards in India should be easy, right? If anything, we should be teeming with point guards behind every nook and cranny, basti, and gullie, right? 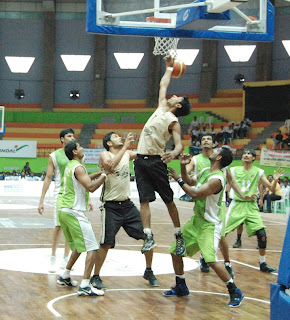 India is in desperate need of a point guard, or two. Our national team's performances at the FIBA Asia Championship (ABC) in China over the past week proved this point even further. India played four games, lost them all (even the ones we should've won). Our only 'win' was a Qatar forfeit, and we returned with a 14th place finish. It was a disappointing performance, and one that I will get into in more detail when the tournament finishes.

India hired former NBA coach Kenny Natt to be our head coach. Natt, a brilliant and experienced leader, has had some experience with good point guards in the past: he was the assistant coach to Jerry Sloan with the Utah Jazz, where a certain John Stockton (you know, one of the best PGs ever, who holds the NBA record for most career assists and steals blah blah blah) was at the helm. Natt chose to take a different challenge by coming to India, and even before the FIBA ABC began, he made clear that, despite his happiness with the team at hand, there was a little 'situation' in the point guard position.

This is what he said in an interview with The Mint at the beginning of August: 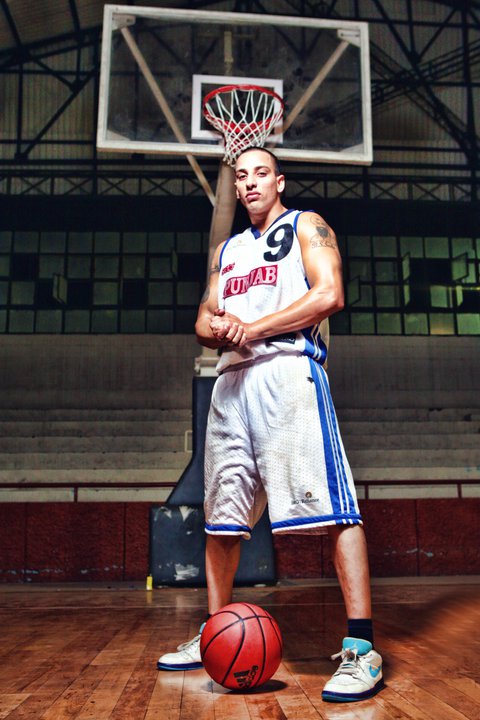 We’re pretty good with our small forwards, and the two guard, and four and five are in pretty good shape too, but our point guard situation is in limbo. Obviously Sambhaji (Kadam) has taken the lead in that respect. He’s a veteran and he’s shown leadership on the floor, but with his age who knows how long his body is going to hold up.

Sambhaji Kadam is the 'Jason Kidd' of Indian players: a smary, savvy veteran, known for years to be one of India's best ball handlers and creators. He wasn't without fault in his prime of course, but few are.

Unfortunately, Natt's worries about Kadam proved to be right, as an injury prevented the veteran from joining the team in China.

What happened next? India were left with able ball-handlers, who weren't strictly point guards, but were forced to play out of position without our one true leader. Vishesh Bhriguvanshi, a natural SG/SF, is a great all-round talent, but had a troubling championship because he forced to handle the ball too much and couldn't get into his natural flow of the game. Hareesh Koroth is one of the team's best shooters and perimeter defenders, but his handle and creation has always been kind of iffy. Prakash Mishra is a good guard, but not up to the elite level. And then there's Talwinder Singh 'TJ' Sahi, India's best answer to 'The Answer', who has modeled his game a little too much around Iverson: Sahi is a brilliant scorer but wasn't the kind of floor general/passer that fulfilled Natt's needs. 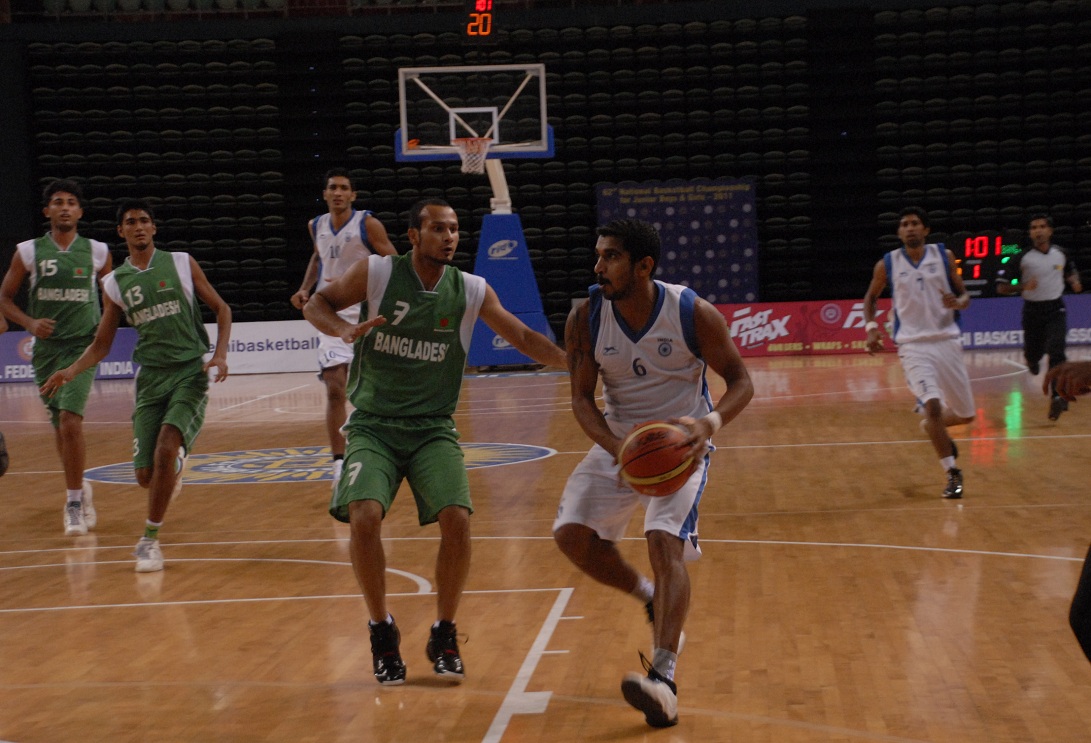 India did have, in my opinion, someone I felt who was close to the 'ideal' PG to fill in Sambhaji's exalted shoes: Arjun 'Golu' Singh. Arjun Singh is one of the best floor generals I have seen, and who has shown the ability to switch between perfect provider and perfect scorer with ease. But Golu has had a troubled year since his huge performance at the Federation Cup back in February: he suffered an injury that kept him out of the early days at the National camp in Delhi; then, when he was healthy enough to participate, he was found guilty of a minor illegal substance misuse issue; and then he got hurt again. He's still only 21 and may still make that comeback, but we wonder if he will ever live up to the potential that India needs of him.

There are other options of course. Experienced players who are just not good enough to make the cut. Young players with potential to be decent but not great. We need better than that.

After three losses at the FIBA ABC, and three games without a proper PG, this is what Natt said in an interview with FIBA.com:

Natt... I have been around long enough to know it's very hard to compete without a point guard, they're an extension of the coach out on the floor. Our guys have played hard without a point guard, they've shown they can come out and compete.
FIBA: Is it hard to develop point guards without little kids growing up in India with a ball in their hands, playing the game every day?
NATT: That's the way it happens. Even now I see basketballs being bounced in India, and that's when you know you are getting there. When you can drive down the street and you see the ball under the arm, or someone's dribbling the ball or they're playing basketball in the park, that's when you know they're getting the message of basketball. The Indian people love it, it's just a matter of us continuing to expose them to it.

What the great coach is talking about right there is what Chris Rock and Barry White talked about on the Space Jam soundtrack. The Basketball Jones. We need a child to love basketball so much that he never lets go of it. We need neighbourhoods of children competing on who's got the quickest crossover. We need players who become so familiar with the basketball that, in the game situations, they can focus on leading, passing, and creating the play, and letting the basketball do the handling for itself, like an extension of their own body.

As I've learnt from personal experience, few things in basketball are as difficult to master as great handle on the ball, but the younger you start, the more you master it. When you master it, you can look up and see the court, run back and forth, easily spotting the open man, deciding the right time to pass, or whether to pass at all. You will do what the Jason Kidds, Steve Nashs, Chris Pauls, John Stocktons, and Magic Johnsons of the world do best. And you will do this without needing to look down at the basketball, which will be doing the dribbling itself; it will become another part of your body, a weirdly-shaped limb that you can control to a certain extent.

India needs you kids: go out and get that Basketball Jones.
Posted by KARAN MADHOK at 10:15