It was the perfect ending that the exciting new tournament desired: the final of the first-ever RIBA League tournament held at the DDA Sports Complex in Vasant Kunj, New Delhi, came down to two of the strongest basketball teams – Western Railway and Indian Air Force – clawing at each other for the win. At the end, the back and forth game saw several lead changes, but Western Railway survived to notch a 64-60 victory. 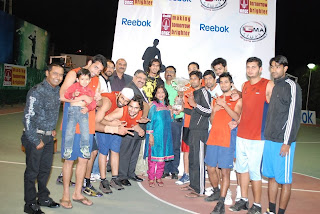 The Reebok IGMA Basketball Association (RIBA) tournament was organised by the IGMA Sports Management company,in affiliation with the Basketball Federation of India (BFI). The five-day league-cum-knockout tournament, featuring some of the top basketball players in India, was launched at the DDA Sports Complex in Vasant Kung earlier this week. Eight of the top Men’s club teams in India took part in this new competition.

In a tournament full of close games, it was fitting that the finale was a thriller as well. Both the teams played out an intense, close game. At halftime, Railway held a 35-28 lead, but Air Force made sure to never let them out of their sight in the second half, mounting regular comebacks as the lead changed several times. At the end, it was Railway to stood winners, behind 25 points by Gagan Deep Singh and 17 points by Yadwinder Singh.

Despite the loss, Jogender put in a valiant performance for Air Force, finishing with 24 points and bagging the Finals' man of the match award. Narendar Kumar chipped in 15 for Air Force. 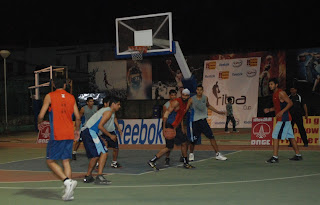 Narendar Kumar of Indian Air Force, who was the competition's leading scorer was named the Most Valuable Player of the tournament. Additional awards were given for the tournament's top rebounder to Gagan Deep Singh and best defender to Yadwinder Singh, both of Western Railway.