Get ready for Indian basketball’s brightest stars to shine together: For the second year, the top Men and Women players in India will descend to the Mastan YMCA in Mumbai to take part in Indian Basketball’s All Star Weekend - India All Star - on Friday 8th and Saturday 9th of April, 2011. Organised by Ibrahim Lakdawala of Lakdawala Developer PVT. LTD., the two day event will host skills competitions on April 8th and the Men and Women All Star Games on April 9th, featuring the most talented players in the country divided into East and West sides.

India’s most popular and exciting players, from all over the country, have been invited by the organisers for this landmark event, which will be an opportunity for Indian hoops aficionados to see their favourite players in action against each other. “We had organised the All Star Game on a small scale last year,” said Lakdawala, a former national-level player for the country, who has been the brainchild behind the project, “But this time, we will be hosting a much bigger event.”

The events on Friday will include a three-point shooting competition for Men & Women and a Slam Dunk Competition for Men. The All Star Games will be held on Saturday evening: the participants in the two games will be divided into East and West sides. The all stars will include top-level players such as Jagdeep Singh, Yadwinder Singh, Trideep Rai, Vishesh Bhriguvanshi, Geethu Anna Jose, Anitha Pau Durai, Prashanti Singh, and Akanksha Singh.

“It will be a fun festival of basketball,” said Salim Shaikh, the co-organiser of the event, “We hope that our players will enjoy participating against each other. There will be a lot of exciting prizes for all the players.

“In addition, we will have a lot of merchandise for the fans, including T-shirts featuring their favourite Indian players,” Shaikh added.

The All Star Game will also mark as a fitting prelude to the Ramu Memorial Basketball Tournament, set to tip off at the Indian Gymkhana Grounds in Matunga, Mumbai, from April 10-17. 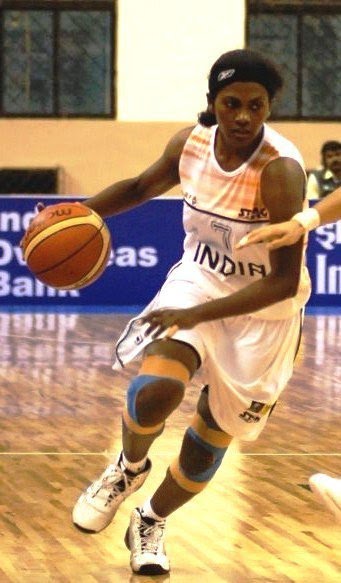