Are the Hornets for real?

Go ahead and take a guess: which is the NBA's best defensive team? Is it the Boston Celtics, forever famed for shutting down the best of the best with their lockdown D? Is it the Miami Heat, known for swarming the perimeter with their talented defenders and throttling the oppositions offense? How about the Spurs, who have the league's best record and have been known for their defensive superiority over the past decade? 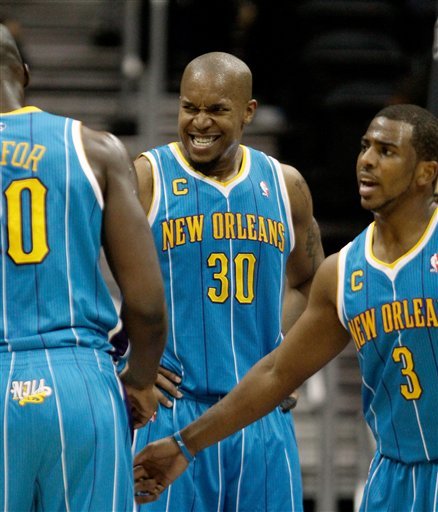 No, the answer is none of the above - and neither is it any of the other great defensive sides like the Magic, Bulls, Hawks, or Thunder. The best defensive team in the NBA so far this season have been the New Orleans Hornets, who have been holding opponents to a measly 91 points per game this season. With the Mavericks reeling recently, the Hornets have played some inspired basketball in 2011 and currently stand in the third playoff position in the Western Conference.

The Hornets are currently on a nine-game winning streak, which has included wins over the Magic, Hawks, and a statement win against lead leading Spurs. Then last night, they went ahead and defeated the Thunder on a clutch game-winner by David West. The Hornets had started the season hot, winning their first 8 games, and going 11-1 up to November 21. They followed this start by dipping in form a little bit, before their recent 9-game streak. Hornets now stand at 30-16, surprising many pre-season predictions.

How did they get here? Ya, sure, in Chris Paul, the Hornets have the league's best point guard, but statistically at least, ever since his return from injury this season, he has been having a below-average season. I admit, 16.4 ppg and 9.6 assists a game are nothing to be scoffed at, but CP3 has a reputation for even greater things. 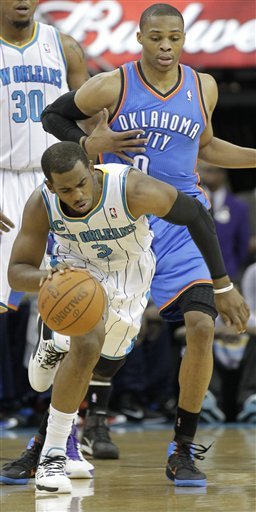 Those 'greater things' have been happening at the defensive end though. Paul leads the league with 2.7 steals a game, and behind him, the rest of the Hornets squad have rallied to become a force, especially at home, where they are now 19-5. Emeka Okafor has been a strong presence in the post, and the likes of Trevor Ariza and Marcus Thornton have provided good support to Paul at the perimeter.

Of course, one can't discount the efforts of power forward David West, now playing in his contract year, who has been averaging 19 points and 7.3 rebounds a game. Those might not look like awe-inspiring stats, but just like Paul, this is proof that the Hornets are playing at a slower, more defensive pace, which is helping them win more games.

A lot of credit for this surprise resurgence should definitely go to Hornets' rookie coach Monty Williams, who is working wonders with this underdog side in just his first year as an NBA head coach. 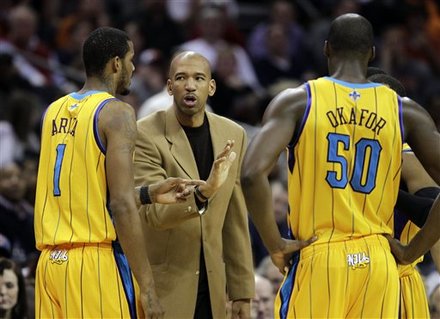 What is perhaps most admirable that the Hornets are performing this well in a year of external instability for the franchise. Before the season even started, their best player, Paul, was rumoured to have voiced a trade demand - a demand that mysteriously disappeared soon after it appeared. A more threatening situation struck when the ownership team of the Hornets couldn't afford to keep the team anymore. The NBA had to butt in and complete a buy-out of the Hornets in December. Now, the team faces uncertainty, as there have been talks of possibly relocating the Hornets out of New Orleans and into a different city in the future.

On the court though, the team has played inspired basketball, ensuring that the New Orleans fans keep attending their games in throngs and keep fighting to keep this franchise in its home.

And back on-court: is this team for real? What we have to now wait and look for is a) how long this improved play can last and b) will the Hornets (and their rookie coach) be exposed in the playoffs, when experience plays a defining role? Their defense and pace is something that they have going for them, since playoff basketball is usually slower and more defensive, making each possession count infinitely more.

And then, for each important possession, there are few other people that anyone would have bringing the basketball up the court than Chris Paul, is there?
Posted by KARAN MADHOK at 15:16