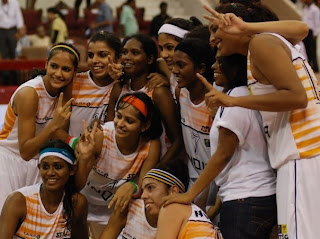 So it's Republic Day over in India, and as we celebrate our constitution, we must also note another important crucial topic - the improving status of the Indian Women's Basketball team. Yes, the Indian Eves have had trouble recently in major international competitions such as the 2010 Asian Games or the 2009 FIBA Asia Championships, they are still a steadily rising force, with confidence and popularity at an all time high.

Just like I did with the Indian Men's team last week, I've decided to come up with a 'Dream Team' of my favourite Indian Women's players. I've based this on the performances of the squad over the past year and of the best players in some major tournaments such as the Senior Nationals. 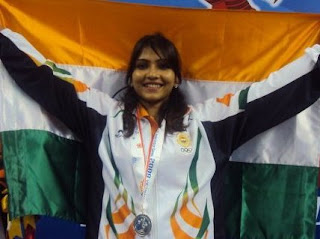 Indian eves struggle with one major hurdle - the lack of height. Legendary player Geethu Anna Jose is the only one in my squad over 6 feet, and making it a lineup where even the 'big' players are around the 5'8" range. But hey, we have to work with what we have, right? I've tried to provide as much balance in terms of size and experience/youth as possible. And please, don't even start with any regionalism North/South bullshit: this is the INDIA team as I see it, period.

So, once again, if I was coach of the Indian Women's Sr. National Team, this would be my squad: 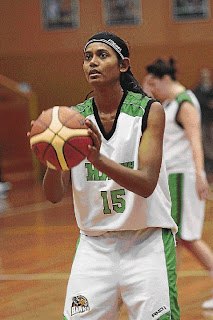 Also would like to give Honorable Mention to stars such as Pushpa M, Smruthi Radhakrishnan, Kavitha, Sangeeta Kaur, and L. Suganya.

Over to you: if you were Indian Women's Coach, what would be your 12-man squad?
Posted by KARAN MADHOK at 11:13