The Mahindra NBA Challenge, the largest, multi-city, community-based basketball league in India, tipped off an adult league in Mumbai and Delhi on Saturday as the programme continues to expand in India during its second season. 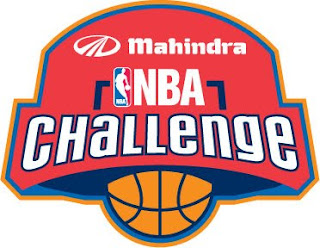 In Mumbai, 38 teams of men and women, ages 19 and over, will receive world-class basketball training in a fun environment and have the chance to compete against each other over the course of six weeks at the Indian Gymkhana and the Ghatkopar YMCA. The same programme will be held in New Delhi, where 44 teams have been registered to participate. The Delhi course will be held at the Oxford Secondary School (Vikaspuri).

The league, conducted in partnership with the Basketball Federation of India (BFI), will culminate with a weekend-long celebration of basketball from Feb. 24 to 26 that will engage the community with NBA-style entertainment, musical and dance performances and oncourt basketball contests where fans can win prizes from the NBA and Mahindra.

The weekend will feature an All-Star Game, semi-finals and finals, along with appearances from an NBA Legend and a current WNBA player in Mumbai and Delhi who will be on hand to crown the champions on Feb. 26. The players will interact with fans and join in the weekend-long celebration. 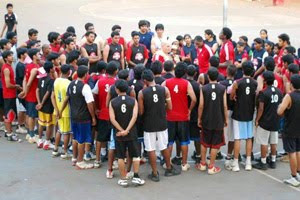 Season two of the programme, which is visiting a record five cities, tipped off in Nov. 2010 with youth division leagues in Mumbai and Delhi. The programme will return to Bangalore and Ludhiana and launch for the first time in Chennai later this year.

To date, participation in Mumbai has increased by 25-percent this season as the program has expanded to four divisions, up from two in season one: sub-junior for ages 12 to 13, youth for ages 14 to16, and junior for ages 16 to 18 and adults 19 and over.

The inaugural Mahindra NBA Challenge, held from April 2010 to September 2010, included leagues in Mumbai, Ludhiana, and Bangalore and attracted thousands of participants, including members of India’s Men’s National Basketball Team. Current and former NBA and WNBA players traveled to India to run clinics for participants of the Mahindra NBA Challenge, including NBA All-Stars Pau Gasol of the Los Angeles Lakers and Dwight Howard of the Orlando Magic, as well as NBA Legend AC Green and WNBA Legend Teresa Edwards.
Posted by KARAN MADHOK at 15:31