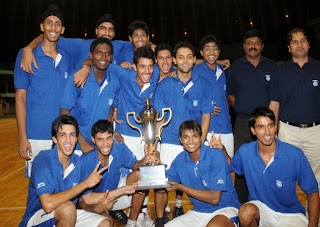 The future always looked promising for young basketball stars in India, and the U18 team came out and proved it with three massive victories over their neighbouring countries to qualify for the 21st FIBA Asia U18 Championships. India were always favourites to finish top in the Middle Asia Zone qualifying games against teams such as Sri Lanka, Nepal, and Bangladesh, but few expected the dominance that the young cagers displayed over the three games, winning each with an average of an incredible 39 points.

The games were played at the Sri Kantaveera stadium in Bangalore from August 12-14th. India defeated Nepal in the first game 50-30, Bangladesh 91-44, and destroying a Sri Lankan side 84-44 in the finale.

India were led by great performances by individuals such as Arjun Singh, Dishant Shah, Shadab Khan, Amjyot Singh, and others. 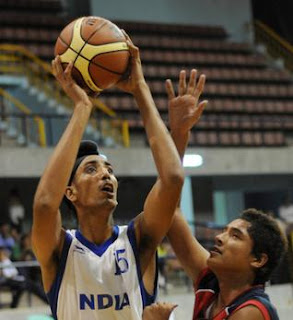 Sri Lanka will qualify as a second place berth from the Middle Asia Zone along with India. Kazakhstan, who had a podium finish in the 2008 edition of the competition (they lost to hosts Iran in the finals), are an automatic qualifier to the event from the group. India have some way to go to improve on their previous performances, as they finished a measly 13th out of the 15 teams in the 2008 competition.

In the 2010 competition, set to be held in the city of Sana's in Yemen from Sep 22 - Oct 1, India will have a chance to face off against other qualified countries such as Lebanon, Iran, Iraq, Syria, Yemen, Philippines, Malaysia, China, and Japan.

The top three teams from this competition will play in the FIBA U19 World Championship 2011 in Latvia.

India's squad for the qualifiers was: