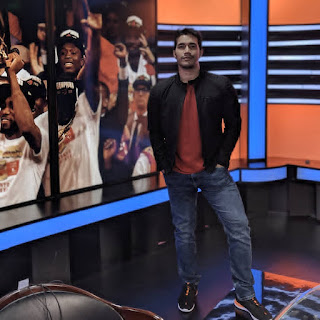 In Episode 81 of Hoopdarshan, actor, producer and NBA anchor Harman Singha joins us to talk about his latest brainchild: Mumbai's 3x3 Street Ball League. In a conversation with co-hosts Kaushik Lakshman and Karan Madhok, Singha discusses the conception of the league with celebrity co-owners, playing 1v1 against his brother Rannvijay Singha, his background loving the NBA, and the best food to eat in Jalandhar.

Harman Singha is an Indian actor, writer, and producer, famous for the web series A.I.SHA and for NBA India coverage on Sony SIX. Harman is one of the co-founders of the Street Ball League in Mumbai, for which they've brought together several celebrities from the city to invest in teams in their league including Esha Gupta, Melvin Louis, Sara Khan, Gursimran Khamba, and more.