64 best young basketball prospects - boys and girls - from around Asia and Oceania will attend the 2019 Basketball Without Borders Asia Camp, set to be held in Tokyo, Japan, from August 14-17. Organised together by FIBA and the NBA, the camp will feature several current/former NBA/WNBA players and coaches. 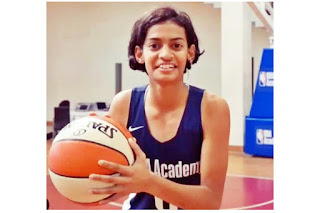 Four Indian players have been invited to this edition of the camp: Siya Deodhar (Nagpur), Amaan Sandhu (Mohali), Harsimran Kaur (Jalandhar) and Arvinder Singh (Barnala). This is the second invited for Deodhar and Sandhu for the BWB Asia Camp, after last year's event that was held in home grounds in Greater Noida's NBA Academy India.