4 years after becoming first Indian to be drafted into the NBA, Satnam Singh's draft rights have been traded to the Memphis Grizzlies


It takes nuclear fusion of the intergalactic level to give birth to a star, a minor big bang. Often, these stars die in spectacular supernovas. But sometimes, they just whimper away in silence, disappearing into the dark universe. 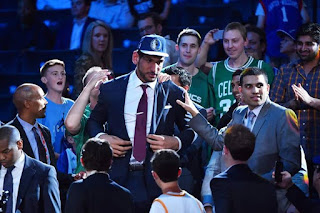 Four years ago, Satnam Singh's entry into the NBA began with a bang. The Dallas Mavericks made the 19-year-old, 7-foot-2 center the first Indian to be drafted into the NBA. His 2015 drafting was a major moment in Indian basketball history, spawning optimism for the growth of the game in India and a Netflix documentary detailing the astonishing story that ended with him wearing that Mavericks hat.

Four years later, and without a single NBA game under his belt, Satnam dalliance with the Mavs has ended in a quiet whimper. The Mavericks announced on Monday, July 8 that they were trading the draft rights to Satnam Singh from 2015 along with two future second-round picks to the Memphis Grizzlies, in return for point guard Delon Wright. It will now be up to the Grizzlies to decide if they wish to offer Satnam a contract, waive their draft right, or retain the rights without having Satnam under contract the way the Mavericks did for the past four years.

It is a question of curious NBA legalese on how the Mavericks were able to hold on to Satnam's draft rights since 2015. Satnam isn't the only one; the Mavericks have a habit of drafting players and retaining their rights for long terms, including Finland's Petteri Koponen who was drafted in 2007 by the Philadelphia 76ers, and whose rights the Mavs have held since 2011. Ben Zajdel of The Smoking Cuban dug deep into the NBA's Collective Bargaining Agreement and explained the rules in more layman terms: 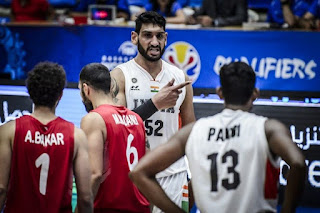 
The draft rights for Satnam essentially meant that he can play for no other team except for the one's that hold his rights - which was the Mavericks, and which will now be the Grizzlies.

Even though he has been absent from realising his NBA dream, Satnam has been actively pursuing many other avenues of pro basketball. After he was first drafted, he spent two seasons playing for the Mavericks' affiliate Texas Legends. He returned to India to play a bigger role in the national team from 2017-18 and try his hand at 3x3 basketball. Last year, he took upon a new journey: Canada's National Basketball League, where he played for the St. John's Edge that made the NBL Finals. 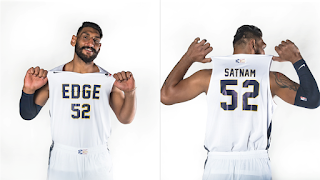 Now, just when it seemed that Satnam's NBA affair was over, his name popped up in the news stream again, heading to a new team. Perhaps, a fresh start? Remember, we are still speaking of his draft rights, not his contract itself. No one yet knows what the future holds. When I reached out to Satnam about his thoughts on the trade, he was in the dark as the rest of us.

"I don’t know yet about anything," he said. "I hope I get soon some good news."

We in the Indian basketball world are hoping for the same. Hopefully the quiet decay of the star is only the beginning of something new, the start of another journey in Satnam's universe.
Posted by KARAN MADHOK at 11:57