For the past few years, the NBA has significantly shifted its focus on the future on basketball, on finding and developing elite-level youth talent from across the world with their network of international academies. Every year, these academies come together for a battle royale, pitting the best against the best. This year, the 3rd NBA Academy Games were held in Atlanta, for the first time in USA soil, and the result was a repeat of last year: the top team of the tournament was once again the NBA Global Academy - based in Canberra (Australia) - who took the title with a final win against World Select Blue on Sunday. 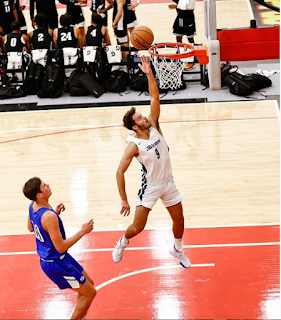 Featuring the likes of Amaan Sandhu, Harshwardhan Tomar, and Pranav Prince, the NBA Academy India finished the tournament with a 1-5 record, at 7th place out of the 8 participating teams. Former India's national team head coach and the current technical director of the Academy in Greater Noida, Scott Flemming was the head coach of this team. They lost their first five games to World Select Blue, NBA Academy Latin America, NBA Academy Africa, NBA Global Academy, and, in the knockout stage, a second time to NBA Academy Africa. But they picked up an important consolation victory over NBA Academy China in their last game. 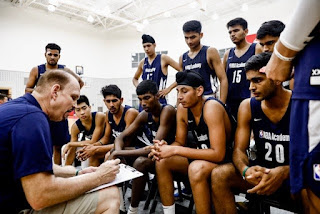 The top performer for Team India at this tournament was Amaan Sandhu - 'Big Baby Punjab' - who finished the tournament averaging 10.67 points and 7.7 rebounds per contest.