Hoopdarshan Episode 71: Mizoram basketball superstar Lalrina Renthlei on the MSL and hoops in the North-East 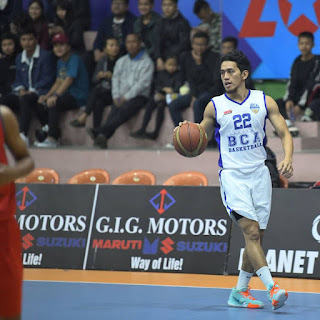 With the finals of the fifth season of India's most-extra basketball event - the Mizoram Basketball League (MSL) - in our sights, Hoopdarshan welcomes Mizo basketball's biggest star and last season's MVP Lalrina Renthlei as our special guest for Episode 71. In a wide-ranging interview, Renthlei speaks to hosts Kaushik Lakshman and Karan Madhok about the MSL's growth, basketball in the North-East, toggling between pro basketball and snooker, and his ambitions to play for India's national team.

Lalrina Renthlei (27) is the biggest star out of Mizoram basketball. He is the top player of the MSL, and was famously the first Mizo to dunk int he league. Earlier this year, he became only the second Mizo player to make India's national team probables in 13 years. He also played in the 3BL league for Bengaluru and took part in the Hyderabad World Tour Masters. Aside from basketball, Renthlei is an accomplished snooker professional as well.