2018 was the year of Zarkawt BCA in the Mizoram Super League. Two editions of India's most-fanatically-supported basketball league were held in the calendar year, and both times, it was Zarkawt who emerged as champions. Their most recent victory came as they closed out their opponents Tuikual South BC 2-1 in the three-game Finals series, winning the clincher in Aizawl 82-68 on Friday, December 14 at the Hawla Indoor Stadium. Mizo superstar Lalrina Renthlei was again named leagued MVP. 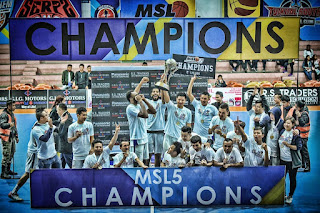