It's been a barren few months in Indian men's basketball, devoid of international action since the summer. India were knocked out in the first group stage of the 2019 FIBA World Cup Qualifiers, and, as a further insult, weren't supported by our own Olympic Association (IOA) to participate in the 2018 Asian Games. India's lack of success has been glaring for this period - and for much longer - as the team hasn't won a major international game for nearly two years.

This week, India finally has the opportunity to change some of those glaring statistics. Team India has headed to Hong Kong for the 22nd Best Mart 360 Super Kung Sheung Cup International Basketball Invitational Championship, set to be held from December 11-16 in HK's Queen Elizabeth Stadium in Wan Chai. This competition will be India's chance to improve on their previous showing at the Super Kung Sheung Cup, back in 2016, when they finished at a best-ever third place.

India will be without a handful of talented Punjabi bigs in this tournament. Amjyot Singh and Palpreet Singh Brar are still serving their year-long ban handed by the Basketball Federation of India (BFI), but if eligible, Amjyot would have still been unavailable as he continues his second season with the OKC Blue of the NBA G-League. Satnam Singh is playing his first season for the St. John's Edge of Canada's NBL. Amritpal Singh is recovering from an injury.

But there is indeed some good news. After a lengthy injury layover, India's top playmaker Vishesh Bhriguvanshi will return to the national team for this tournament. Much-hyped young star of the NBA Global Academy in Australia, Princepal Singh will make his senior team debut in Hong Kong. Other important players like guard Akilan Pari, athletic forward Sejin Matthew, and big man Arvind Arumugam (captain for this tournament) will also be a part of the squad. The team will be coached by Sat Prakash Yadav. 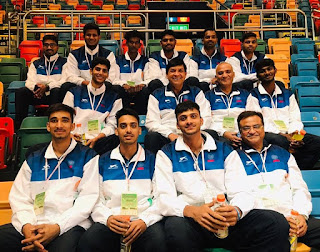 Two-time winners from the USA, the Southern California Fukienese Association (SCFA), are likely to be favourites for the tournament again. Hopefully India can snag a couple of morale-improving wins here and give the players much-needed international basketball exposure.