As Asia's biggest athletic extravaganza rolls back around after a long, four-year break, India's Women's Basketball team is ready and up for the challenge to take a step forward. 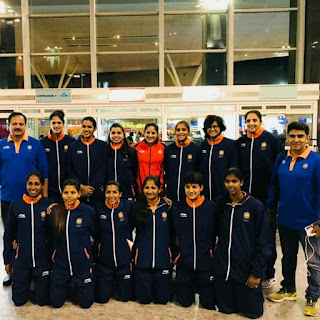 Indian basketball continues to hear cheers in the reverberations of that one memorable shot. Last year, Shireen Limaye hit a game-winning jumper as time expired in the Division B final to give India a Division B victory at the FIBA Asia Women's Cup in front of home fans in Bengaluru and qualified them back into Division A, the big leagues of Asian Women's Basketball. It has been relatively silent on the women's hoops scene since, but things finally revved up again a month ago when India sent a team to play the William Jones Cup in Taiwan. Playing against elite level competition, India returned winless, 0-5.

Now, a 12-strong women's squad has landed in Indonesia for the Asian Games 2018 - The Asiad - as India's sole basketball representatives. The Indian Olympic Association (IOA) made a disappointing decision not to invest on lower-ranked teams to travel for the event, and thus, India's Men's team will be staying home. India has also not sent teams for the Asiad's men and women's 3x3 basketball event. The 5x5 games will be held at the GBK Basketball Hall and the Istora Gelora Bung Karno in Jakarta from August 14 - September 1.

Led by coach Shiba Maggon, a former captain of the national team, India's Women will be looking to fly the flag high for Indian hoops. Four years ago, at the Asian Games 2014 in South Korea, they were the youngest team in the tournament and finished at sixth place (out of 11). India still has a relatively young roster, captained by star player Jeena Scaria, and they will be hoping to improve on their past performances among the ten-team fray. 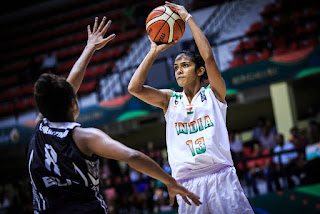 The top four teams from each group will proceed to the Quarter-Final stage. India only has to secure one victory in the group stage to ensure a top-four finish. 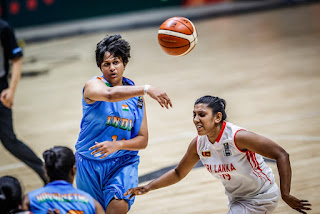 Scaria has been consistently the team's leader and best performer for the past few years, and the forward has helped usher in the team to a new era after the departure of Geethu Anna Rahul and Anitha Paul Durai. Limaye, India's game-winning hero and another multi-talented forward, is again a part of this squad. Experienced shooting guard Raspreet Sidhu will be looked upon for leadership and offensive prowess. Rajapriyadharshini Rajaganapathi could also prove to be an important part of the main rotation. Missing from the squad are point guard Kavita Akula and youngster Grima Merlin Varghese, both of whom were important contributors in last year's FIBA Asia Women's Cup. 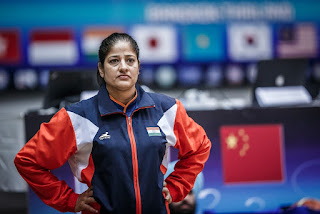 Unlike a lot of international basketball tournaments, the schedule is well-spaced and India will find time for rest between some of the games in the preliminary round. Their matchup against Kazakhstan is sure to be fuelled with some bad blood, as it was Kazakhstan whom India defeated in the dramatic Division B final in Bengaluru last year. India and Kazakhstan have always been well-matched and this is sure to be one of the most competitive games of the tournament. India will play against a full-strength Chinese Taipei squad after losing to their 'A' and 'B' teams at the William Jones Cup last month. A combined Korea team will be a new challenge for India - South Korea defeated them last month at the Jones Cup, too. Finally, India will take on hosts Indonesia and a hostile home crowd. This should be a fun game, and if India can hold their nerves, they could use their size and shooting advantage to pull off a win.

This gives India two winnable opportunities (Kazakhstan and Indonesia) in the preliminary round. Their performances here will determine their seeding and matchup for the quarter-final stage, and if India can meet a favourable opponent (Thailand, Mongolia, or Hong Kong), they have a real shot at the semi-finals, too.

Group Y has two of the top contenders for the title, reigning Asian champs Japan and the powerhouses China. But the combined Korean team could also spring a surprise if this squad manages to mesh together and add to South Korea's 2014 Asian Games basketball title with another gold in Indonesia.