They'll whoop your squad and demand the receipts. 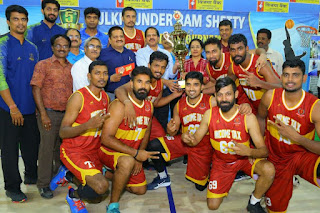 Chennai's Income Tax came, saw, and conquered at the 5th Mulki Sunder Ram Shetty All India Basketball Tournament, defeating the host team Vijaya Bank in front of a hostile crowd in Bengaluru on Sunday. The five-day tournament featured seven invited Men's club teams from around the country at the Beagles Indoor Basketball Stadium in Malleswaram, Bengaluru.

Undefeated in the tournament and having already notched a group stage victory over Vijaya Bank, Income Tax were determined to cap off their campaign on a high. After Vijaya Bank took an early lead, the 'Taxmen' bounced back with a 26-14 run in the second quarter to create some separation between the squads. Vijaya Bank turned up their defensive intensity in the fourth for a late comeback, but a clutch late lay-up by Income Tax's G. Sivabalan helped secure the 76-72 victory. Ravi Kumar scored 26 to lead IT in the final and Jeevanantham Pandi added 16. Vijaya Bank were led by Anil Kumar (27) and Arvind Arumugam (20).

Sivabalan was named the tournament's MVP. 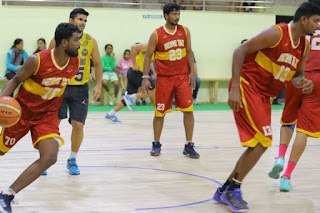