In another major breakthrough for South Asians in the NBA, experienced hoops analyst Sachin Gupta has been named the Assistant General Manager by the Detroit Pistons. Gupta becomes the first person of Indian-origin to be appointed at such an high executive position in the league.

"We are pleased to welcome Sachin Gupta to the Detroit Pistons organisation," said Ed Stefanski, Special Advisor to owner Tom Gores. "Sachin is a creative thinker, extremely intelligent, and has a great handle on the analytical side of basketball operations systems. His analytics and salary cap background will be a tremendous resource while serving a leadership role for our basketball operations team." 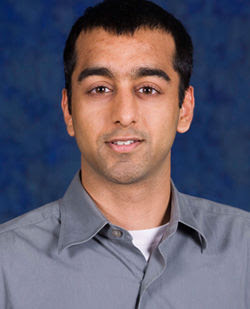 Gupta spent last season as a special advisor to Houston Rockets General Manager Daryl Morey. Originally from the Boston-area, Gupta had begun his NBA career with the Rockets in 2006 where he laid the foundation for the team’s renowned and extensive analytics undertaking. He transitioned to the Philadelphia 76ers front office in 2013 as a consultant prior to the NBA Draft while finishing MBA studies at Stanford’s Graduate School of Business. There, he was promoted to Vice President of Basketball Operations in 2014 and served as General Manager Sam Hinkie’s top lieutenant. He played a big role in the famous/infamous "Process" that rebuilt the 76ers back into a playoff contender.

Before joining the NBA, Gupta spent two years at ESPN where he had a hand in fostering basketball’s analytical movement, implementing advanced NBA metrics on ESPN.com before their use had become widespread across the league. While at ESPN, he also became well versed in the CBA when he developed the widely popular NBA Trade Machine. He has earned a bachelor’s degree in Computer Science and Electrical Engineering from MIT.

The Pistons recently fired Stan Van Gundy from his position as coach and president (with GM powers), and Stefanski has been serving the 'GM' role unofficially since. They named 2018 Coach of the Year Dwane Casey from the Raptors as their head coach going forward The team is in a place of flux right now, not good enough to be a true contender but with too much talent - Blake Griffin, Andre Drummond, etc. - to tank. Gupta is likely to have an extremely active role in the team's next few major moves, on how to go forward with the talent at hand, how to handle the tricky salary-cap situation, whether to make changes to shoot for the top, stay in the purgatory of the NBA's "middle class", or blow it all up to start another "process".

Whatever happens, this hire is a major step for desi minds in the league, and hopefully opens the doors for more Indians involved in the NBA.
Posted by KARAN MADHOK at 18:59