After a month in training camp in Bengaluru, India has sharpened up its full list of probables to announce the 12-man roster for the FIBA World Cup qualifying games against Lebanon and Syria in the coming week. In FIBA's new competition system, this will be the first time that India will play in these home-and-away group qualifiers for the World Cup. Last week, the Basketball Federation of India (BFI) announced that Serbian coach Zoran Visic will be leading the team for the away game against Lebanon on Thursday and a clash against Syria at home on Sunday next week. 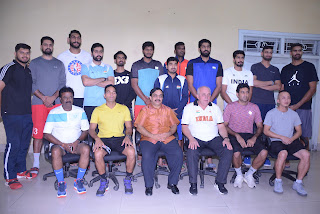 Team India will be captained by veteran point guard Akilan Pari and will feature one of the country's top players Amritpal Singh, who is on international break from his professional club in Australia's NBL, the Sydney Kings. Amritpal is sure to be the team's centerpiece in the next two games. India is loaded with talented bigs, including the country's first-ever NBA draft pick and former NBA G-League player Satnam Singh, former G-League draft pick Palpreet Singh Brar, Rikin Pethani, Jagdeep Singh Bains, Aravind Annadurai, and more.

Visic, who has coached India's Senior and U16 Women's squads in FIBA Asia tournaments earlier this year, has been appointed the men's team head coach, succeeding Phil Weber of the NBA's New Orleans Pelicans. He will be assisted by former India international Sambhaji Kadam.

India will be without the services of two of their top three players: Amjyot Singh, who is playing for the OKC Blue of the NBA G-League; and Vishesh Bhriguvanshi, who is recovering from a right knee injury. 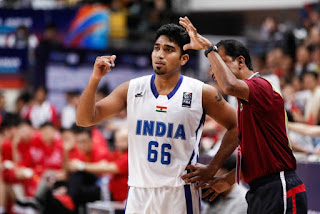 In the first round of the qualifiers, India has been grouped with Syria, Jordan, and Lebanon. Teams in each group will play each other home and away between November 2017 to July 2018 in the First Round. Listed below is India's schedule - the home team in each case is mentioned first: 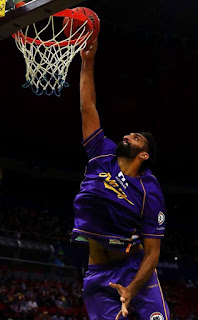 India's historic first home qualifier game against Syria will be held at the Sri Kantaveera Stadium on Sunday, November 26, starting from 7 PM. India will play the next rounds of games in late February and in June/July 2018.

At the FIBA Asia Cup in Lebanon in August, India lost in the group stage to Jordan, and more surprisingly, to Syria. India were dissappointing after high expectations and were ousted in the first round.

The qualifiers will give India a chance for some redemption, beginning with the first two games later this month. Unfortunately, India will once again relying too much on the performance of their post players. Amritpal, Satnam, Palpreet, and co. can all be wonderfully dominant under the basket, but India is weak in terms of ball-handlers and creative wing players. There will be a lot of pressure for Pari to outplay opposing point guards, and the qualifiers will also be a good litmus test for his young back, Prudhvi Reddy. Without Bhriguvanshi, however, India will again struggle for consistency in setting up their offense as they did when he was hurt at the FIBA Asia Cup. Without Amjyot, they will also need more offense from sharp-shooter Prasanna Venkatesh from the wing.

India will find it difficult to get the win against Lebanon away from home, but back in Bengaluru against Syria is perhaps their best opportunity for a group stage victory. Let the qualifiers commence!
Posted by KARAN MADHOK at 21:39