The International Basketball Federation (FIBA) wanted to inject a greater sense of competitiveness in their continental championships in Asia and Oceania. So, for the first time ever, they simply combined the two, and made a massive rebrand of the event with the first-ever FIBA Asia Cup 2017 over the past few weeks in Beirut, Lebanon. The Cup introduced a couple of powerhouse teams to the crowded Asian fray, and in their first-ever appearance against this new competition, Australia ran rampant to win the gold medal with a crowning final victory against Iran on Sunday. 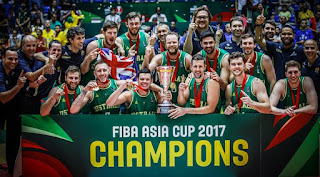 Team India, despite sending a full-strength team on paper, suffered from injuries and lack of full preparation, and returned from Lebanon winless and ousted at the preliminary group stage.

The FIBA Asia Cup featured 16 of the top senior men's teams from Asia and Oceania in the first-of-its-kind tournament held from August 8-20 at Beirut's Nouhad Nawfal Stadium. The tournament determined the composition of the joint FIBA Asia and FIBA Oceania qualifiers for the 2019 FIBA World Cup.

Australia and Iran both stormed into the final of the tournament undefeated, setting up a mighty clash at the top. But once the ball was tipped into play, it was the 'Boomers' that took complete command. Australia opened with a 12-2 run in the first five minutes and a commanding 43-26 lead by halftime. Led by Brad Newley (18), they cruised in the second half to a 79-56 victory. Iran's star center Hamed Haddadi finished the game with 18 in the loss. 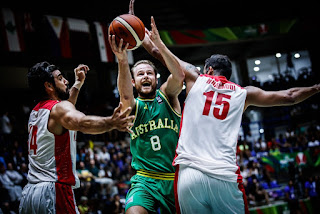 Haddadi, who led the tournament in rebounds and even assists, ended up winning the FIBA Asia Cup MVP, his fourth Most Valuable Player trophy in this tournament.

Earlier in the day, Korea were led by Ung Heo (20) to defeat New Zealand 80-71 and win the bronze medal. Finn Delany (22) and Reuben Te Rangi (18) were the leading scorers for NZ in the loss.

India’s performance at the tournament turned out to be a dud. The team's recent improvements, the presence of our “Big Three” Amjyot Singh, Amritpal Singh, and Vishesh Bhriguvanshi, the return of NBA draftee Satnam Singh, and even the coaching of NBA veteran American coach Phil Weber didn’t help in propelling the team to better results. 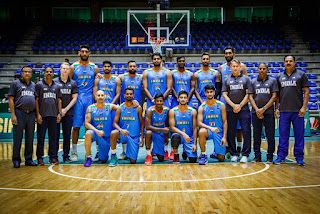 India were drawn in Group A of the tournament's preliminary round with eventual semi-finalists Iran, Jordan, and Syria. Their campaign in Lebanon got off to an ominous start from the beginning against the powerhouse Iran squad. India were supposed to be heavy underdogs anyways, but few expected how flat the team performed on the day, especially on the defensive end. The duo of Haddadi (20) and Mohammad Jamshidi (18) led an unstoppable Iran attack en route to the 101-54 win. Only one Indian player (Amjyot Singh) touched double digits on offense. To add insult to injury, star guard Vishesh Bhriguvanshi - still hampered by his knee injury from the BRICS Games - was ineffective in the game and was benched by Coach Weber for the rest of the tournament.

India improved in the next game against Jordan, who were playing without their star import players, and stayed close from wire to wire. But India couldn’t capitalise on Jordan’s shortcomings, and without Vishesh Bhriguvanshi, made silly errors at crucial moments to fall to a 61-54 loss. Mousa Alawadi led Jordan with 22 in the win, while Amjyot was again India's leading back with 17.

Most disappointing for India was their final group game, against Syria. It was a game of two halves, as India dominated Syria in the first period and even held a 19-point lead early in the third quarter. But an epic collapse followed, and Syria turned the game around in the second half to reverse the score and knock India out with a third consecutive defeat, 87-78. Ivan Todorovic finished with 23 points and 14 rebounds in Syria's win, while the duo of Michael Madanly and Tarek Aljabi added 18 each. For India, Arvind Annadurai (20) and Amritpal Singh (17 points, 13 rebounds) both played well in the first half but went ice cold in the second. 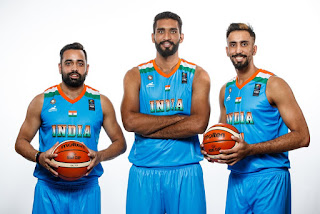 India finished the tournament 0-3 and didn't qualify for a chance at the knockout stage.

A number of issues led to India's disappointing tour in Lebanon, but Coach Phil Weber pointed out that the two biggest problems were the team's lack of preparation/conditioning and a hole in the guard position. Hired only a month before the team was to fly to Beirut, Weber simply didn't have enough time to work with the full team, and many of the players were far from being in game shape. Bhriguvanshi's injury led the squad rudderless without a backcourt leader, and his backup TJ Sahi was also inconsistent because he had missed a major chunk of action in the recent past due to injury, too. A major let-down was Satnam Singh, who was out-of-shape and played a limited, backup role for the team.

Amjyot Singh, the captain of the tournament, led the team in scoring (13.0 ppg) and assists (4.3 apg) and was one of the squad's few bright sparks. Amritpal Singh had the team's best efficiency rating and led them in rebounds (8.7 rpg). Arvind Annadurai did a good job in his role while 17-year-old point guard Baladhaneshwar Poiyamozhi showed potential that he could rise to be an answer for the team in the PG position in the future. 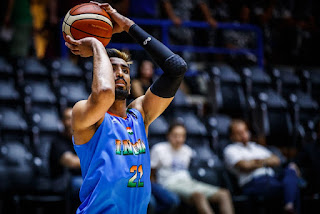