Over the past few years, the NBA has opened elite basketball academies in Australia, China, and most-recently, India, to tap into the youth basketball potential in these regions. Now, the NBA plans to bring together the cream of the crop of the selected few players for a short, special training camp.

The NBA will hold an fourth Asia-Pacific elite basketball training camp in Hangzhou, China, from June 18-21 this year. The camp will feature 73 young boys and girls from China, Australia, New Zealand, Korea, and India, too. 12 players from the NBA Academy India in Greater Noida will be heading to Hangzhou for this camp for the first time. 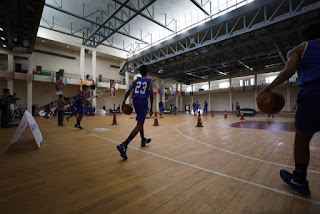 The 12 Indian players have been shortlisted from the 21 resident players currently at the NBA Academy India. The Academy only opened earlier this year and the first crop of players selected are all male.

Further details via The Times of India: 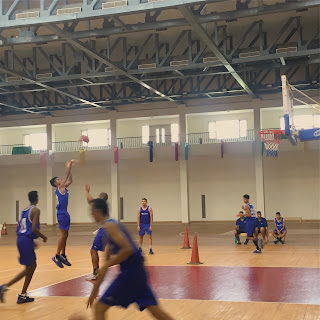 In the advance training camp that is held once in two years since 2011, seasoned NBA players and coaches will lead the campers through a variety of activities on and off the court, including movement efficiency, positional skill development, shooting and skills competitions, 5-on-5 games and daily life skills seminars focusing on health, leadership and communication.

"Competitions and playing in a competitive environment are a critical element in the development of young athletes. These trips to China and Australia will not only challenge the athletes of NBA Academy India competitively, but also provide them vital international exposure, contributing to their all-round growth as individuals," NBA-India's managing director Yannick Colaco told TOI.
Current NBA players Malik Beasley of Denver Nuggets, Andrew Nicholson from the Brooklyn Nets and Garrett Temple of Sacramento Kings will guide the campers. They will join former WNBA player Zheng Haixia, NBA assistant coaches Ryan Bowen, Charles Klask, Bob Thornton and FIBA coach Ronald Cass to train the campers. At the conclusion of the camp one boy and a girl will be named as Asia Pacific Team Camp MVPs.

The camp will also include a variety of NBA cares community outreach efforts with youth in Hangzhou in partnership with local community organizations.

Hopefully an Indian player can return home next week with the MVP award!