When I was young, the NBA was what we did when we were trying to avoid school. Getting late for class because of the live early morning NBA games. Reading SLAM Magazine instead of English Literature. Hoisting up jumpers on the court late into the night instead of catching up on homework or sleep. 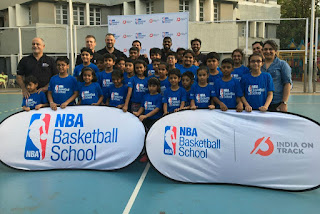 Ah, how things have changed. Now, for a select fortunate few, the NBA could be school itself.

The NBA announced on Friday the launch of the NBA Basketball School, a network of tuition-based basketball development programmes around the world open to international male and female players ages 6-18. For Indian basketball fans, the news is especially closer to home: the first of these groundbreaking schools was launched by the NBA in Mumbai on Friday.

According to NBA India, the NBA Basketball School in Mumbai was launched as part of a multiyear agreement announced with India On Track (IOT), one of India’s leading sports management, marketing and development companies. Additional NBA Basketball Schools will be launched in India and around the world in the coming months. The school will be located at the Jamnabai Narsee School in Vile Parle West. 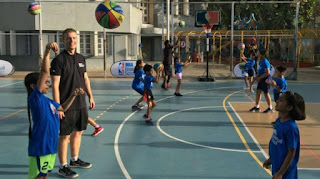 Registration to attend the NBA Basketball School in Mumbai is now open at indiaontrack.nba.com.

"Our goal is to inspire more young male and female players to learn the game under the guidance of established coaches with proven training techniques,” said NBA Vice President, International Basketball Operations & Head of Elite Basketball, Brooks Meek. "The NBA Basketball School builds an additional track between the Jr. NBA and NBA Academies with the goal of increasing the pool of players who have the talent to attend our academies around the world."

The Jr. NBA, the league’s global youth basketball participation program for boys and girls, will help identify young players who have the talent to attend NBA Basketball Schools. From there, the top players at each NBA Basketball School will have the opportunity to be selected to attend NBA Academies, the league’s network of elite basketball training centers around the world to develop top international male and female prospects. The NBA's first Academy in India was announced in the Delhi-NCR region recently. 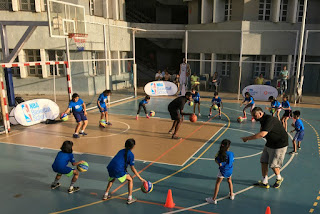 "There has never been a more exciting time for the growth of basketball in India," said NBA India Managing Director Yannick Colaco. "Between NBA Academy India welcoming 24 elite prospects and the launch of NBA Basketball Schools with our partner India On Track, we are investing more than ever in identifying and training India’s aspiring young players."

"We are now at the cusp of a new phase in India’s sporting journey, and to ensure its continued growth we need to lay down strong foundations for basketball," said IOT Founder and CEO Vivek Sethia. "This initiative jointly executed by the NBA and India On Track will help to create a platform to identify and engage the untapped basketball potential in India thereby creating a larger talent pool for academies to choose from."

According to their programme overview, the NBA Basketball School will take input from NBA coaches, former NBA players, and player development experts to develop a comprehensive basketball curriculum approved by the National Basketball Coaches Association that will be introduced in partnership with school coaches. The program will be led by teams of foreign and local coaches with NBA regional heads overseeing all training operations. In-depth information about their basketball curriculum is provided on the NBA Basketball School's official website.

This is a great opportunity for young players in the city. Hopefully more NBA schools pop up in other cities to tap into India's wealth of potential basketball talent around the country.
Posted by KARAN MADHOK at 23:39