The first stage of UBA Basketball League's fourth season, held in Chennai, is over. Now the top four teams - Mumbai Challengers, Punjab Steelers, Pune Peshwas, and Bengaluru Beast - have taken their talents to West Beach, I mean, to Goa, to play in the tournament's Semi-Final and Final stage. 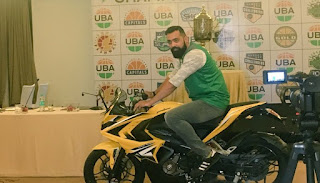 But before the final week, the UBA celebrated the best performing individuals from the regular season. Usually, the UBA has given one Most Valuable Player (MVP) award every season. But this time around, with the addition of a dozen foreign players boosting up the talent level around the league, they have handed out two MVP awards, one each the the tournament's best foreign and Indian player. Not surprisingly, both awards went to new additions to the league, which has been boosted by the arrival of both foreign players and international-level Indian players this season.

UBA's Indian MVP award went to India's superstar swingman from Varanasi and the Bengaluru Beast, Vishesh Bhriguvanshi. One of the most successful and popular players in Indian basketball, Bhriguvanshi led Bengaluru to a 3-3 record in the regular season, averaging 28.3 points, 8.8 rebounds and 10 assists (tied for 2nd). During the course of the season, he recorded UBA's first-ever triple double with a 29 points, 11 rebounds and 12 assists performance in a win over Pune. Another highlight of his season was the 57 point, 11 assist game against Hyderabad. Bhriguvanshi was awarded Bajaj Pulsar RS 200 with his MVP trophy. 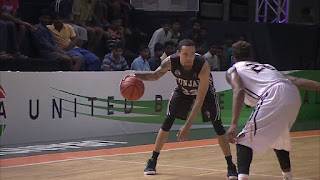 The foreign MVP award went to the 6'2" American guard Dermaine Crockell, formerly of the Minnesota State University and now playing with the Punjab Steelers in the UBA. Crockell had two 50-point outings during the course of the season. He averaged 41.2 points, 8.2 rebounds, 5.4 assists and led Punjab to a 2-4 record before winning the subsequent play-in game for the semis. He was awarded $2500 for this MVP achievement.

Both these players are still in the tournament with their teams in the semi-finals in Goa. Winning MVP is just the first step of the process: will one of them be able to cap off this individual achievement with team success and bring home the Season 4 title?