A month ago, before the start of the most-hyped and stacked fourth season of the UBA Basketball League, the Mumbai Challengers looked like the squad with the greatest embarrassment of riches. The team, coached by former India international coach Jora Singh, featured a dangerous balance of both Indian and international stars. Players with international experience like Jagdeep Singh Bains and Prasanna Venkatesh shared the court with American stars Inderbir Singh Gill, Jimmy Scroggins, and the brief-NBA veteran, Alex Scales. With these many weapons, the result was either going to be spectacular success or a disappointing implosion. 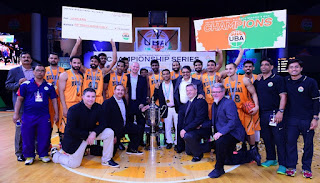 A month later, Jora Singh's squad put to rest any doubts over chemistry issues around this great collection of talent. Mumbai completed their 2-0 sweep over the Bengaluru Beast in the Best-of-Three finals series in Goa on Wednesday, March 15, to be crowned UBA Basketball League champions for the first time. The season's championship series (knockout stages) were held at the Dr. Shyama Prasad Mukherjee Stadium in Goa from March 10. The Finals were a continuation of a month-long period of success for Mumbai, who had finished with a league-best record of 5-1 during the regular season in Chennai and swept last year's silver medalists Punjab Steelers in the semi-finals 2-0.

At one point or another, all of Mumbai's big names stepped up in sealing the deal for the challengers. Scales and Scroggins contributed 34 and 32 points respectively in Game 1 to down Bengaluru 110-95. Scales doubled-up with 34 again in Game 2, Inderbir added 33, and Scroggins 21 to win the high-octane Game 2 118-105. Bains and Nikhil also made valuable contributions for the champions. On the losing side, the combination of Vishesh Bhriguvanshi, Chris Solomon, Pratham Singh, and Palpreet Singh Brar played well enough to get to this stage but ultimately couldn't handle Mumbai's firepower in the Finals. 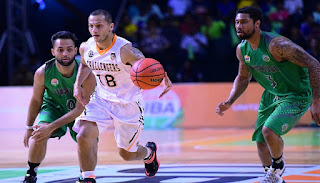 The UBA announced that they will be holding their first-ever All Star game between the best players of the North and South Division in Goa on Thursday, March 16. On the day of the Finals, they also held their first-ever Slam Dunk and Three-Point Contests.