Lost somewhere in the action and hoopla of India's largest domestic basketball tournament, the Senior Nationals in Puducherry last week, was a major announcement by the Basketball Federation of India (BFI). Although it hasn't been confirmed by FIBA yet, the BFI's president K. Govindraj claimed that India will be hosting two major FIBA Asia tournaments 2017, championships that will bring the finest Asian basketball talent to Indian soil for the first time in years. 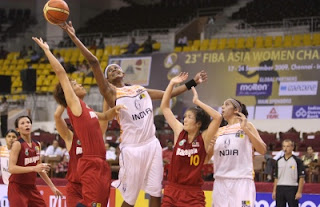 First reported by Sportstar, Govindraj mentioned in an Annual Board Meeting of the BFI in Puducherry on Saturday that there will be two big international tournaments in India this year: The 2017 FIBA Asia Championship for Women in July tentatively scheduled to be in Bengaluru and the 2017 FIBA Asia U16 Championship for Women in October-November in a still-undecided host city.

The FIBA calendar, however, is still to confirm India as the host for these two tournaments. Furthermore, some of the dates mentioned by Govindraj don't quite match the FIBA schedule: currently, the FIBA U16 Women 2017 is scheduled to be held in June and the FIBA Asia Women 2017 in September.

Nevertheless, if the BFI can go through to confirm these tournaments, it will be a huge bonus to the growing status of basketball in India. Apart from hosting South Asian tournaments and the Lusofonia Games in 2014, India has rarely had the opportunity to host a major FIBA Asia basketball championship. In the decades-old combined histories of all the national FIBA Asia tournaments (Men, Women, U18 Men, U18 Women, U16 Men, U16 Women), India has only hosted six times, most recently in 2009 when the FIBA Asia Women was held in Chennai and the 1st-ever FIBA Asia U16 Women in Pune. 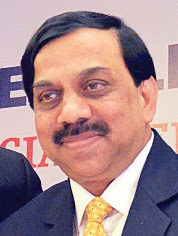 Here's a full list of every FIBA Asia national tournament ever hosted by India, with winners in brackets:

No, it's not that China likes to win a lot in India; when it comes to Asian basketball, China ends up winning a lot everywhere.

Hosting another such major tournament will give our domestic players and fans a closer look at some of the best in the continent and force us to upgrade our facilities at home to handle a tournament of this stature. In the past, these FIBA Asia tournaments have brought home great Asian talents like Yao Ming, Yuta Tabuse, Chen Nan, Jaber Rouzbahani, Hamed Haddadi, Bian Lan, and Li Meng. Hosting FIBA's top women's tournament will give India a chance to see more international stars like Ramu Tokashiki and Asami Yoshida (Japan), Danbi Kim (Korea), Shao Ting and Sun Mengran (China), and more. The U16 tournament will be a showcase of the stars of the future! 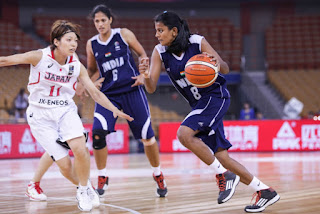 Moreover, hosting a tournament will hopefully help boost our local players to give a better performance, too. The best recent example is of Geethu Anna Jose, who dominated for India at the 2009 FIBA Asia Women in Chennai and finished as the tournament's top scorer. India's national women's squad has some exciting young talent, led by names like Jeena Scaria, Poojamol Subhashmon, Bhandavya Mahesha, plus veterans Anitha Pauldurai, Shireen Limaye, and more.

In the long run, more international basketball is definitely destined towards are desi. FIBA's new competition system ensures that every team will play multiple qualifying games towards the big international tournaments home and away. So, even if India doesn't host many more of those FIBA tournaments, we will at least get the opportunity of playing in qualifying matches around the country.
Posted by KARAN MADHOK at 21:22