2016 Junior (U18) National Basketball Championship tips off in Puducherry


There must be something in the fishes - or something fishy - out in Puducherry. 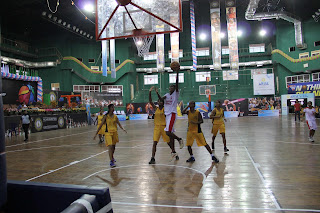 For the second time in the past four months, the traveling Indian basketball brigade returns to the union territory at India's south-western tip. Organized by the Basketball Federation of India (BFI) and the Puducherry District Basketball Association, the 67th Junior National Championship for Boys and Girls tipped off in Puducherry on Sunday May 1, 2016 at the Rajiv Gandhi Indoor Stadium. The tournament, featuring 48 combined teams in both sexes, is India's premier competition for U-18 basketball stars and will be held until its finale on May 8.

The tournament marks the BFI's unexpectedly early return to Puducherry, after the region hosted the 2016 Sub-Jr National Championship back in February. 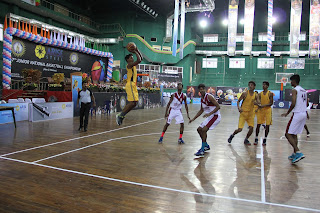 The participating teams in the 2016 Junior Nationals are: 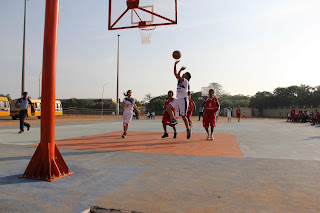 Chhattisgarh girls began their title defense on the right foot, surviving in a close matchup against Tamil Nadu 59-58. An impressive second quarter run saw Chhattisgarh take a small lead into halftime, and they extended their lead to 48-42 before the start of the final quarter. But TN played desperate trap and man-on-on defense to make a huge fourth quarter comeback to take a two point lead in the game's last to minutes. Clutch baskets and close-out defense by Chhattisgarh saw them regain their lead and survive for a one-point win. Vandana (19) and Riya (16) led the way for Chhattisgarh, while Ishwarya scored 17 for TN in the loss. Last year's girls' silver-medalists Karnataka started off their tournament with a bang, destroying Rajasthan 69-20.

Boys' champs Tamil Nadu played in a close, high-caliber opening game against Kerala. The two teams traded baskets and leads throughout the course of the game. With the game tied in the closing moments, Kerala’s Prem Prakash used his length to intercept a loose ball, leading to a fast-break lay-up that turned into the game-winner. Tamil Nadu had a chance to tie the game with two free throws at the final whistle, but Hari Ram (22) missed both to hand Kerala the 83-81 win. Muhamed Siras scored 24 for Kerala in the win. In another Level 1 boys' game, M. Aly scored 24 to help Rajasthan overcome Uttar Pradesh 56-46.