10 district associations in the state of Maharashtra have joined hands to protest against the Maharashtra State Basketball Association (MSBA), requesting for a removal of MSBA officials for causing irregularities, miscommunication, and the misuse of power. The protest was raised by Shatrughan Gokhale, the secretary of the Nagpur District Basketball Association, in an open letter to the MSBA sent via the media. The letter comes out at a curious time, when Maharashtra's Nashik district is hosting the 41st Sub-Jr National Basketball Championship.

In his letter, Gokhale alleges that several MSBA officials have refused to give up their seats long after the mandatory end to their maximum four-year term and not conducted enough management committee meetings in the past year. 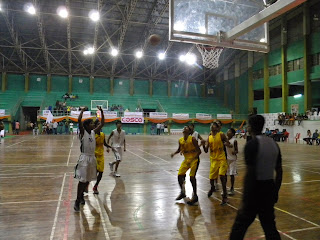 Gokhale's district of Nagpur, along with Bhandara, Gondia, Gadchiroli, Wardha, Amravati, Yoetmal, Washim, Akola, and Buldhana have joined hands officially in the protest. The letter further states that up to five more districts will be joining the dissenting group over the coming days, and memorandums will be sent to the Basketball Federation of India (BFI), the Maharashtra Olympic Association (MOA), and the Director of Sports, Pune.

A managing committee meeting is required to decide and conduct the state championships in various age categories, to appoint selection committee and coaches for the national championships, to maintain and pass the regular accounts of association, to discuss and decide on the grievances of players, coaches and various districts and many similar issues.With just two managing committee meetings in its four-year term the MSBA failed to perform the basic responsibility required to run any association.

Our decision to start this drive now is because all the state tournaments being conducted under the banner of MSBA after its term expired in April are unauthorized. Being an affiliated unit we do not have a choice but to play in these unauthorized championships. If we do not participate then our players will be at loss. With no choice left we all decided to start this drive.


Read the full letter here for more of the group's demands to the MSBA.