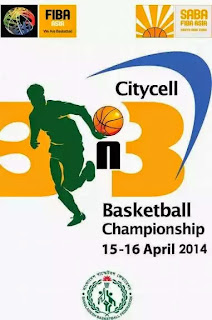 For the first time ever, the South Asian Basketball Association (SABA) will be hosting a 3x3 basketball championship under its auspices today. The two day tournament, 1st SABA 3x3 Basketball Championship for Men is set be held in Dhaka (Bangladesh) on April 15-16, 2014. Organized by the Bangladesh Basketball Federation (BBF), south Asian challengers Sri Lanka, Bhutan, Maldives, Nepal and Bangladesh have guaranteed participation in the championship.

Clearly the strongest team in the region and favourites for the title had they been participating, India's participation in the tournament was uncertain till the very end, and on Tuesday, it was confirmed that they will not be going to Dhaka for the event. The Basketball Federation of India (BFI) simply reacted too slow and left the planning for the trip to Dhaka until a little too late. Administrative inefficiencies within the Federation can be blamed and the Indian team plus coaches were not able to receive a visa for Bangladesh in time.

Without India, the title can be considered to be wide open, although the hosts Bangladesh and Sri Lanka are probably the favourites at this point. The tournament will be held in a round-robin league fashion.