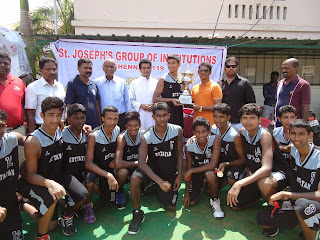 Kottayam defeated Thiruvanathapuram 67-58 in the Boys' Final, despite a game-high 20 points by Prem Prakash for the losing side. In the Girls' game, Kozhikode completely dominated Kottayam for an easy 34-16 win.

The winners in both sections received Rs. 5000 cash prize while the runners-up were handed Rs. 3000 each.

Ernakulum (Boys) and Kollam (Girls) finished at third place for their sections.