The waves of change have come: After three years, India finally had a new champion in the Men's division at the 62nd National Basketball Championship for Men and Women in Chennai, India's premier basketball championship which was held from December 16-24th. Punjab defeated Tamil Nadu in an exciting finale to the tournament at the Jawaharlal Nehru Stadium on December 24th to win the Nationals and lift their 8th title in the tournament's 62-year history. Meanwhile, there was no stopping the Indian Railways Women who kept rolling in full steam ahead to win their 9th consecutive National title after defeating Chhattisgarh in the final on Saturday. 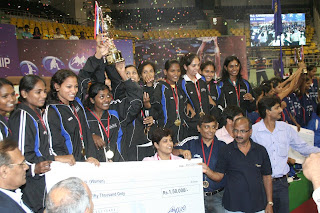 Punjab were a team on a mission. Powered by four players who were part of India's senior national team - Jagdeep Singh, TJ Sahi, Amrit Pal Singh, and Amjyot Singh - Punjab faced a close fought battle from home team Tamil Nadu in the final, who didn't give up until the very end. Punjab were led by young big man Amrit Pal Singh's 21 points and some great two-way play by their star point guard Talwinderjit Singh 'TJ' Sahi (17). Jagdeep Singh also added 17 points for Punjab. Tamil Nadu were led by Rikin Pethani, who had a valiant effort in the final with 24 points and 17 rebounds.

In the Women's final, Indian Railways continued their domination over Women's hoops in India with yet another victory, but this time, it was a different opponent in the final. After facing Delhi in the final for the past 9 years, it was Chhattisgarh who made history in Chennai by making the final of the Senior Nationals for the first time since the birth of the state. And the Chhattisgarh girls were by no means start struck of the occasion, giving Railways a close fight in the first half. Led by their experienced core of Geethu Anna Jose (31 points) and Anitha Paul Durai (19), Railways got back in their groove in the second period and slowly extended their lead to win the game, 94-70, and capture their 9th consecutive championship. The high scorers for Chhattisgarh were L. Deepa (20), Seema Singh (17) and Kavita (17).

The big shocks of the tournament were the semi-final losses to Indian Railways and Services Men and Delhi Women, teams who have been regular features in the final of the championship. Railways and Services, who played in the National final last year in Delhi, were both defeated in the Semi-Final games against Punjab and Tamil Nadu respectively on Friday. 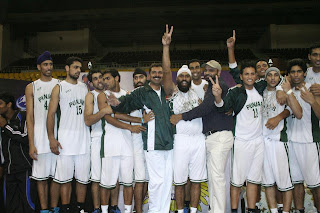 Meanwhile, Delhi, one of the top Woman's teams in the competition, were defeated by a motivated Chhattisgarh team in the Semi-Final in a close match, 59-56. Indian Railways Woman had cruised into the final with an earlier win over Tamil Nadu 76-41.

Before the Finals on Saturday, Indian Railways Men & Tamil Nadu Women won their third-place match-ups against Services and Delhi respectively.