As far as women's basketball in Asia is considered, there is a clear batch of elite top four teams, which, at nearly every level (U16, U18, Senior), and every championship, are the last four teams standing. Asian Women's Basketball tournaments are usually decided between China, Korea, Japan, and Chinese Taipei, with China taking home the honours in most cases. The rest of the participants - Philippines, Malaysia, Singapore, etc, usually share the spoils beyond the top four. 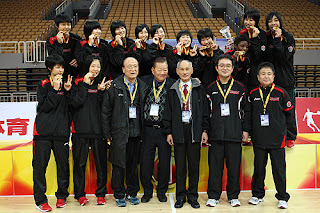 But if the most recent Asian championship - the 2nd U16 FIBA Asia Championship for Women in Jinan (China) - is any indication, then an improving basketball programme could see India become Asia's clear fifth-best side, and a side that could be a year or two away from surprising the powerhouses in the top four.

The 'Big 4' were in the Semi-Finals again at Jinan: in a tournament that lasted from Dec 4-11, 2011, Japan, China, Korea, and Chinese Taipei were once again the last four teams standing. But it was Japan, and not China, who emerged as the best of the group this time around. Japan's U16 Women went through the tournament undefeated to lift the trophy.

India finished 5th in the tournament, with a gusty and improved performance, but also showing that a lot more work needs to be done before we can start competing with the top four sides. 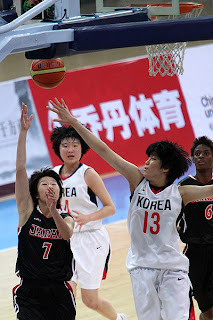 Japan were incredible throughout, finishing the tournament with a perfect 7-0 sweep, including a dominating performance in the Final over Korea. Japan had finished runners-up in this competition two years ago, after losing to China in the final: this time around, they beat all comers, including China. Led by Evelyn Mawuli's 19 points, Japan won the final 102-56 over Korea. Mawuli led a total of six Japanese players who reached double figures.

Previous champs China would be disappointed with their performance this year: China lost to Japan in the group stage, and then lost to Korea by 1 point in the pulsating semi-final clash. China did manage to defeat Chinese Taipei in the 3/4th place playoff to win the bronze medal.

The Big 4, along with India & Philippines, were placed in 'Level 1' at the start of this tournament. The six Level I teams played against each other to determine the final four, while teams who finished at 5th and 6th place in Level 1 were to play teams who finished at 2nd and 1st place in Level 2 to determine the Level 1 entrants in the next U16 Women's ABC. 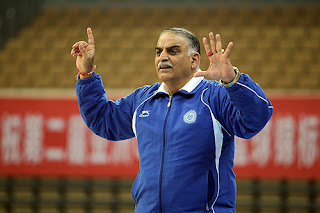 India had an enthusiastic start to the tournament in their first game vs. Korea, but the Koreans were just too precise for India to keep up. To prepare for later games, India played several players in heavy rotation against Korea. At the end of the game, it was the difference in shooting percentages of the two teams that told the story: Korea (48%) bt. India (14%) 85-57. Kim Sion of Korea scored 15 points and Yang Inyoung added 14. India's star Poojamol KS didn't start the game but came off the bench to lead the way with 17 points and make the final scoreline a little less embarrassing after her 4th quarter outburst.

Eventual champs Japan were up next for India, and they made quick work to get past us. With Mawuli leading with 15 points, Japan started the game on a 12-2 run and never looked back. Four other players scored in double digits for Japan, who won 94-45. India were led by Barkha Sonkar, who had 15 points.

India were up against China next, and the tall Chinese teams gave India their toughest defeat of the tournament, 125-49. China's offense was unstoppable: Gong Li led the onslaught with 26 points while Yang Hengyu added 23 points and 11 rebounds. Sharanjeet Kaur (17) was the only double digit scorer for India. 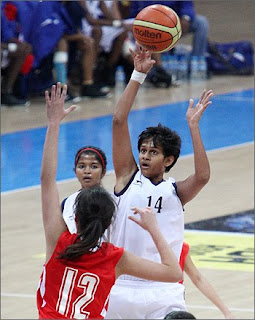 It was their 4th game of the championship - Chinese Taipei - that India were most prepared for. Coaches Vinod Vachani and Shiba Maggon knew that this was a winnable game for India, and would be the crucial match-up to determined whether or not India fulfill their dream of playing in a semi-final at this tournament. India played great basketball in the first half against Taipei, and led by one point at the halfway mark. But India began to wither as the game progressed, and Taipei grew stronger in the second period. Chen Y-hsuan of Taipei scored 16 of her 30 points in the second half to lead her team to a comfortable-looking 99-67 win. Poojamol KS had a strong first half and finished with 23 points for India.

With their semi-final dream shattered, India had a chance to improve on last year's 6th place finish in their final Level-1 game against the Philippines. Like India, Philippines had also lost all of their previous games. Vachani's girls wasted no time in grasping their opportunity to create some distinction between themselves and their competition: Shireen Limaye, who has been one of Asia's best rebounders in the U16 level, had a good night with 20 points and 11 rebounds. India went ahead in the first quarter and never looked back. Elizabeth Hilarious added 14 points and 11 rebounds for India. The Philippines attempted a fourth quarter comeback but the damage was done: India won 87-66 and secured fifth place in the tournament.

India's final game at Jinan 2011 was against Hong Kong, who had finished at 2nd place in Level II. It was important for India to win and remain in Level I for the next U16 Women's ABC - India took charge to notch their second win in the tournament, 81-51. Shireen Limaye was once again the star for India, with 15 points and 18 rebounds. Sharanjeet Kaur (15) and Sangeeta Kaur (13) adding to the scoring punch for India. After the game, India's coach Vinod Vachani admitted that he had hoped for a top four finish, but was satisfied to retain the Level I status for India. 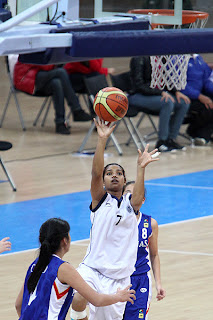 Despite her good performances in the two wins, India would've expected more from Limaye, who was the most experienced player in this squad, and the only one to have represented India at the senior level. Nursing an injury, Limaye was limited against the stronger teams and only showed her true colours when the competition eased up. Chhattisgarh's Sharanjeet Kaur was the most consistent scorer for India.

Limaye finished the tournament as the second leading rebounder in Asia (12.2 rpg). Point Guard Kavita Akula had 3 assists per game, good enough for 4th place amongst all players in the tournament. Sharanjeet Kaur shot 68% from the free throw line, which was 5th highest at Jinan.

The winners and the runners-up - Japan and Korea - have qualified for the 2012 U17 FIBA World Championship for Women.

India came into this competition with a strong, experienced team and a lot of confidence. In terms of talent, it is hard to imagine if the squad in 2013 could improve on the 2011 line-up. But India will be hoping that, with improved levels of training and coaching, they can finally achieve their semi-final dream two years from now and break the Big 4 monopoly in Asia.
Posted by KARAN MADHOK at 12:52