At the Garden: My photos and experiences from Madison Square Garden

Earlier this month, I was lucky enough to attend my first two NBA games at the Madison Square Garden (New York) and Verizon Center (Washington), watching the Knicks host the Warriors and the Wizards host the Raptors.

It was obviously a mind-BLASTING experience... The MSG, home of the Knicks in particular has been my dream. Watching my favourite Knicks squad was a pleasure to say the least - few things in the world can match the excitement of a Knick game, regardless of how well (or unwell) the home squad is performing. I wrong about this experience in my NBA-India article a few weeks ago. It was a close game which the Warriors won by 5 points. After the game, I was also invited to go to the locker rooms and speak to some of the Knick players. I interacted with Knick starters Landry Fields, Danilo Gallinari, and Raymond Felton.

Anyways, enough writing - A picture says a thousand words, so here are some that I clicked from the Knicks game. I will upload my write-up and photos from the Wizards' game another day 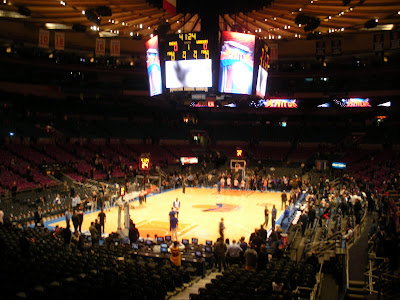 David Lee returns to play the Knicks for the first time! 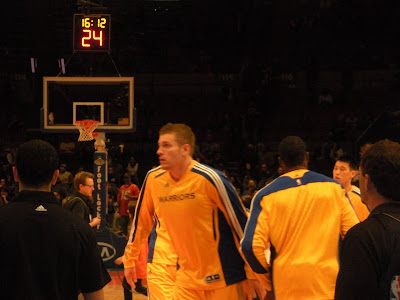 Game about to tip-off! 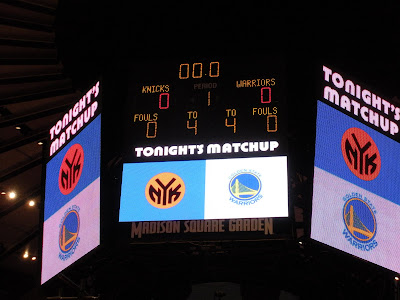 Amar'e and David Lee at jump-off 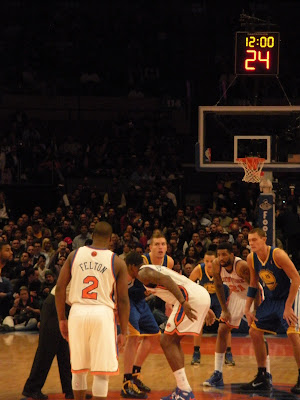 Gallinari at the perimeter... 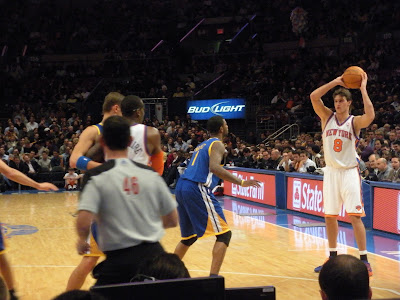 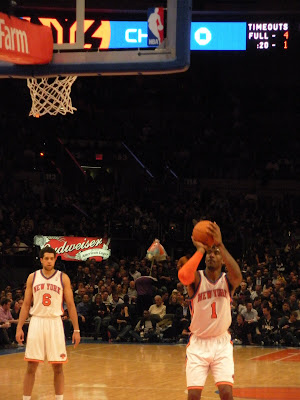 Toney Douglas drives in for a tough lay-up 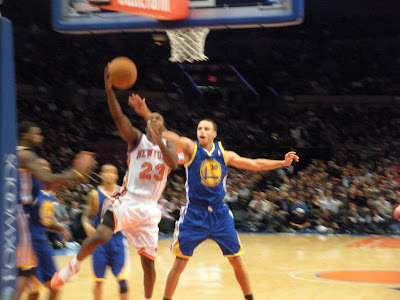